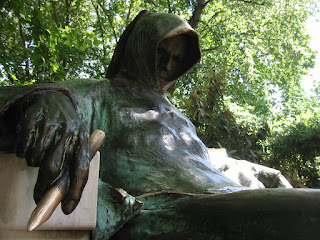 Happy Canada Day to all you Canucks out there!!!

Ana and I are on the last day of our long weekend trip in Budapest, Hungary on the way back from Kazakhstan.  Ana was working there for almost a month, and me almost three weeks so we are happy to have a few days off before returning to the Hague.

The time in Kazakhstan was actually quite pleasant.  We had a few nice meals out in the town but most of the time we hung around the office and hotel complex.  One Sunday we did take off a half day to visit two of the museums in town (Atyrau) which were very interesting.  We also went for some nice walks along the banks of the Ural river which runs through the city to the Caspian Sea.  One of the key things the Caspian Sea is known for is the sturgeon which produce the world's best caviar.  I actually managed to find the fish store so I picked up a few tins of it before we left.  I believe we'll be having a little caviar party tonight in The Hague with James and Carmen so we'll finally get a chance to sample some of the stuff.  To purchase it outside of the region is extremely expensive (up to $400/can) so I suspect we will not make caviar eating a habit! 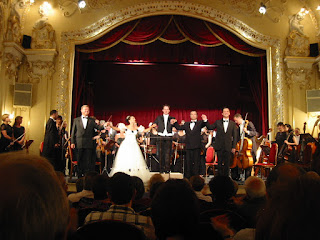 Back to the present.  Budapest has been a lovely city to visit.  We arrived on Friday afternoon, relaxed for a couple hours, then went out to the opera!  The Danube Symphony Orchestra was playing with four opera singers, who rotated through various snippets of famous operas and it was absolutely splendid!  The voices of those singers have to be heard live to be believed.

We spend much of the rest of the time exploring the city on foot.  There are hundreds of beautiful buildings and interesting monuments to see.  The Danube river flows through the city and on Sunday afternoon we went to a boat cafe on the river to watch the Germany/Brazil final of the World Cup.  We were happy to see Brazil win, but the only problem was that we had drawn Germany as one of our teams at the sweepstakes we had at the office so a German win would have pocketed us 150 euros!!  Oh well. 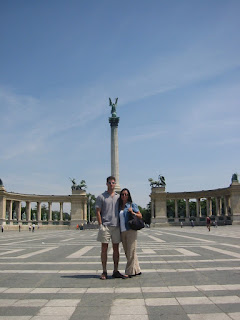 Our trip to Canada is approaching very fast, in fact we only have around three weeks left of work before we leave!  We'll be happy to catch up with all of you again!

Posted by Kristofor Olson at 8:08 AM