It is the end of the Canadian summer and the temperature outside today is 32 degrees Celsius, yow!!  We are coming to the end of the longest vacation I have had in Canada for many years.  We spent three weeks in Saskatoon with the Olson crew and are now at the end of our second week here in Brantford.  Though we have kept ourselves quite busy, it has not been at the usual chaotic pace of our trips home so we have had a very relaxing and enjoyable time.  I updated the page for the Olson Family Reunion with a few pictures as well as updating the Ontario page with a few new pics, have a look at those. 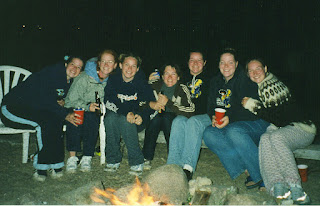 And how about the Big Trip?  Here's the itinerary we'll be starting with, though there's likely to be changes as we go along:

We are obviously giddy with excitement to be embarking on such a long trip to such diverse locations!  We are lucky enough to have friends in many of these places so we'll be having some great visits with long lost buddies!

There will be plenty of journal updates in the coming months so stay tuned..

Posted by Kristofor Olson at 8:11 AM