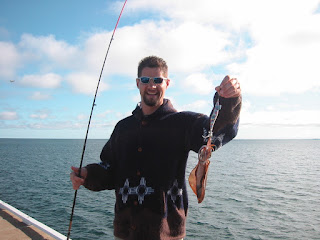 Yes, we made it to stop number two on our round the world wine tour. We have been in Western Australia touring around with our friends Karen Barlow and her boyfriend Jamie and they have been showing us an absolutely splendid time!

We wrapped up our South Africa trip with a few day in Johannesburg with our friends Trudy and Philippe. They were the perfect hosts! We spent more than a couple hours enjoying their mind blowing home entertainment system and vast collection of DVDs which was a great break after all the driving around. We also enjoyed some great meals together and really had a nice visit. It was the best ending to a wonderful time in South Africa. 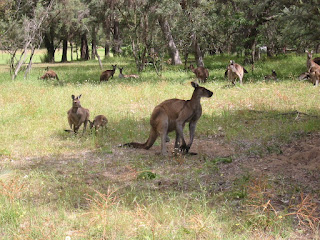 We arrived in Perth about a week ago and were met at the airport by Karen and Jamie, who had both taken time off work to spend a long weekend with us cruising around Western Australia. It was so nice to see Karen again and also to met Jamie, who is a super guy. We spent the first night in Fremantle, which is a coastal town near Perth, and sampled all the local beers we could find. The next days we drove to a small town called Denmark which is on the south coast and spent for two nights. We saw some great things around there including a magnificent canopy walk through the "Valley of the Giants" which is a forest of huge karri and tingle trees. We also saw our first kangaroos! Ana tried her best to catch one and ride it but it was just too fast for her. We visited some lovely wineries and sampled many varieties of delicious wine.  Unfortunately, the price of wine here is astronomical compared to South Africa, likely three times the price!  But I'm glad to report that hasn't stopped us from consuming vast quantities... 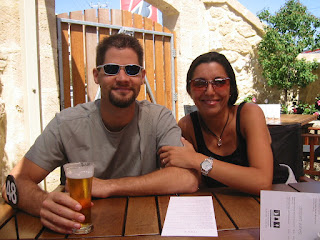 The last few days we've been hanging around Karen and Jamie's place in Busselton, keeping ourselves busy with squid fishing, crabbing, and drinking beer.  Poor Karen has been working all week but Jamie managed to ditch work and is spending his hours showing us around, lucky Olsons!!!  This morning Jamie and I were up at 5:30, same as yesterday, fishing for squid off the incredible 2 km long jetty.  We caught four including two biggies so have amassed enough squid for a big feast tonight.  In a couple hours we are traveling to Karen's parent's place which is near Bunbury.  The plan is to try and catch some marron (lobster-like shellfish, indigenous to western Australia) this afternoon then join Karen's parents for a big barbeque tonight, which they have kindly invited us to. 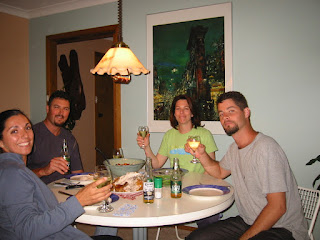 We extended our stay here to include this weekend (Karen's off work, yeah!) so we plan to do some interesting day trips and probably drink some more wine.  Jamie introduced me to Emu Bitter so we'll likely drink a few more crates of that as well.  It's good to be on vacation!

We will be leaving from Perth on Monday for Sydney, then catching a flight to Cairns to hit the beaches and diving!  We are planning on meeting our friends Pavdaddy and Jayesh somewhere along the east coast...meeting point as yet unknown but that is sure to be a blast.

That's it for now, next update from the east coast!!

Posted by Kristofor Olson at 8:27 AM