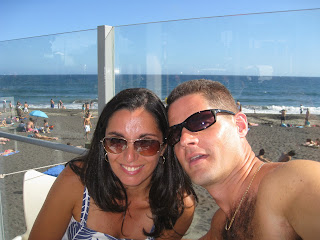 We enjoyed a tremendous sleep-in this morning, something we never do at home, but are definitely experimenting with it here on vacation.  While the kids were busy playing, Ana and I snuck out for a quick walk to explore the area a bit.  Tia Ana’s house is on a hill, so we followed the hill up for a kilometer or so, looking at the houses, seeing all sorts of animals, mainly cows and ugly dogs, but one house had a ripe looking goat tied up at the front door, who winked at us as we passed, as if sharing an inside joke, though I have no idea what the joke was.
We drove to tia Alda’s house....wait, I’m just thinking I haven’t really explained who all these people are I’ve been talking about.  Here’s the map of our vacation world: 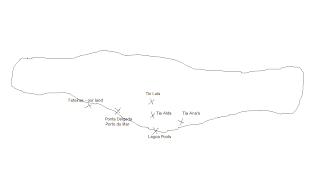 Tia Ana – Ana’s aunt, youngest sister of Ana’s dad John, we are staying with her, husband’s name is tio Joe 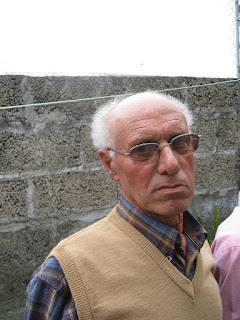 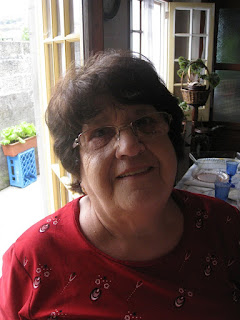 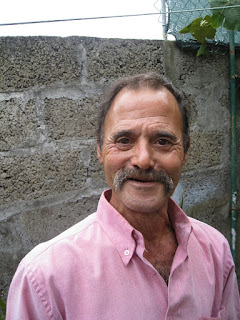 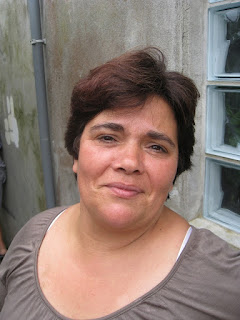 Cousin Natarcia - Tio Manuel’s youngest daughter, and Ana’s closest cousin, her husband is Paul and they have a new baby daughter Leoneld. 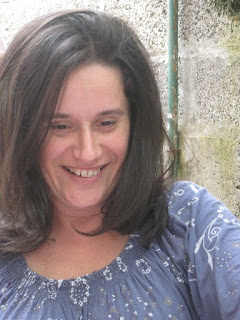 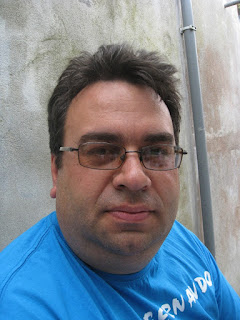 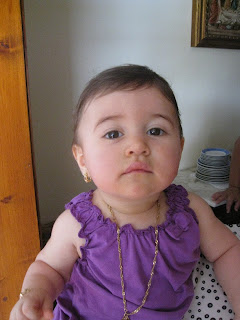 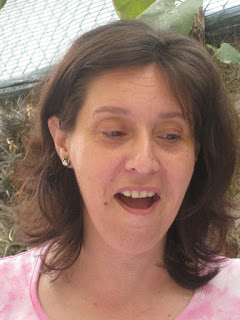 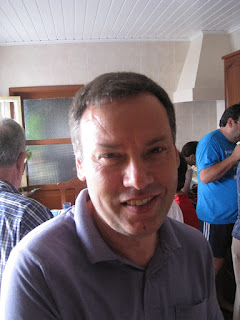 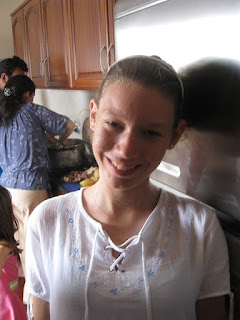 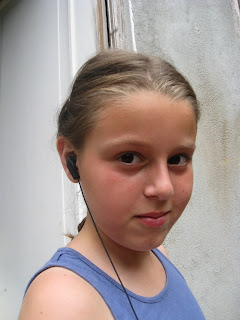 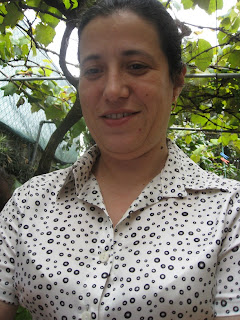 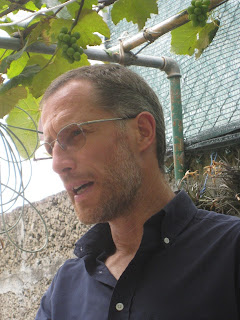 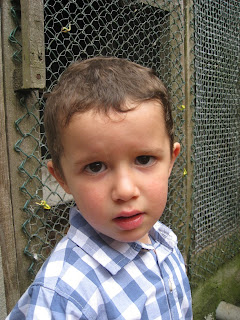 It took me about ten years to figure all this out, but I think I finally got it!

Back to the story, we drove over to tia Alda’s house, watched half of the Spain/France game then moved onto tio Luis’ house for lunch.  The front of his house is tiny, probably about fifteen feet across, but goes quite far back and has three bedrooms.  But when you walk out into the backyard, that’s where you get a big surprise.  As you walk back, you first pass through a lovely covered patio area with picnic tables and umbrellas and lots of decorative flowers.  Passing there, you climb a few steps and enter into a grapevine enveloped sitting area with two tables and a big outdoor wood oven which, at the time, was piled high with sardines grilling slowly over the glowing embers.  Beyond here was an outbuilding which housed a separate dining/sitting room, a full kitchen and yet another wood burning grill, but this one was piled high with various types of meat and sausages, and the smell was incredible!  There were people everywhere, cutting up vegetables, cooking food, preparing salads, chasing kids, being chased by kids and generally having a good time.  I assumed this was the end of the yard, but I soon discovered otherwise, as tio Luis led us further back on a tour of the estate.  We walked up another set of stairs to find a huge garden area, and a concrete pen which was home to a cute, smelly little piggy.  There was wide selection of herbs growing on the edges of the garden – I was able to identify rosemary, basil, parsley, anise and spearmint, but there were many more.  The main part of the garden had lettuce, cabbage, fruit trees, kale and a bunch of other stuff I didn’t recognize.  Tio Luis led us further back, into the last section of the garden which, besides lots more fruits and vegetables, had a shed full of chickens and rabbits, and two mangy mutts, tethered to a post beside it standing guard.  By the time we reached the end of the property, we were so far back I could barely see the roof of the house.

After the tour, we tucked into a massive lunch – they had every meat imaginable including beef, chicken and pork, but also home-made chorizo sausage, blood sausage and back bacon, all derived from the previous residents of the piggy pen.  It was a feast fit for a king and we stuffed ourselves silly and washed it down with generous glasses of red wine.  We had a great time and an excellent visit with everybody, and I got to practice my wretched Portuguese on the poor folks.
After lunch, we headed down to the beach area to enjoy the hot sun which had appeared mid afternoon, and Ana and I enjoyed a drink on the patio, soaking up the sun and scenery, while we watched the kids down on the rocks exploring and searching for creatures.  The bill for the giant beer, coffee and drinks for the kids was five euro, which is a hell of a lot cheaper then we’re used to paying at home.

We then met back at tia Alda’s house, joined up with cousin Carmelia and family, then head off to Villa Franca, about 15 miles east, for a big parade and festival called Festa de Sao Joao.  We managed to find a parking spot then walked all the way down the main street in search of free sardines which Pedro had told us about.  When we saw the lineup of several hundred hungry looking Azorean folks, we knew we had found it.  After fifteen minutes in line, having made fifteen feet of progress, we decided to abandon mission and go in search of quicker, paid food instead.  We moved back into the main area where there were a couple food vendors, and claimed a nice spot along the wall from which to watch the parade.  The first float didn’t arrive until 10pm, and by then the streets and sidewalks were jammed with old people, young people, babies and kids.  Now this was our scene.  One of the things we’ve always tried to do differently than most people in Canada is take our kids everywhere we go.  The status quo for the majority seems to be put your kids in bed at 7pm, get a babysitter, then take off for the night.  Or dump the kids with the grandparents and go on a couple only holiday.  Or weddings where they don’t allow kids.  All of that is strange to me.  In the Azores, we are now back in the majority, as evidenced by the kids everywhere, at all hours of the night, out having fun with their parents and other kids.  It’s a great scene.

We are told that there will be 12 parade groups and by midnight, after making it through six of them, we decide to head home as we’re all getting a big tired after a big day, and want to beat the crowd out of there.  The parade groups are huge and comprised of a set of singer dancers backed up by a huge marching band.  Each of the main towns on the island provides a group for the festivals, and the festivals run all summer long in a different town every weekend.  The choreography and music is fantastic, and we all enjoy it, especially Stella who claps and dances throughout.

We arrive back home to find tia Ana still awake, so we have a quick visit with her then retire to bed, completely exhausted – but in a good way.
Posted by Kristofor Olson at 6:25 AM