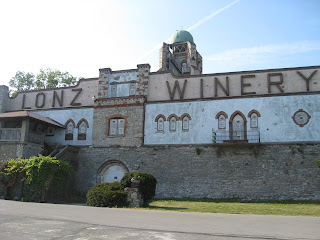 The overnight sail was thankfully non eventful.  As the clock passed midnight I was well into my late night heavy metal set list, which is pretty much the only music that can keep me awake while doing overnight runs.  I started with a bit of vintage Pantera, then moved on to a couple Gojira albums, a band I have recently discovered which has seen a lot of action on my ipad in recent weeks.  I then put on Metallica’s Ride the Lightning, and I enjoyed that so much I followed it up with Justice and a few tracks from Master of Puppets.  I then slid back into some comfy Mastodon and followed that up with some Primus, but you really have to be careful with Primus.  If you accidentally play Hail Santa you will instantly fall into a coma and be plagued with dreams of giant pigs, spastic chickens, Jello-like substances and muddied mayhem, all to the sluggish sawing of tuned down double bass strings.  Now that’s exactly what you don’t want to happen when you’re piloting your family across the lake at night time, though if one did fall asleep, chances are you would just wake up three hours later and three hours further along in your journey cruising on auto-pilot and nobody would notice, but I didn’t want to test that theory and get run over by a thousand foot coal freighter.

The wind remained heavy throughout the trip, and by morning the waves were pounding the boat, which made it difficult to sleep, except for the kids, who are able to sleep easily no matter how rough the ride is - in fact I think Stella sleeps better when the boat is getting pounded.  Though we were able to make a simple breakfast, the rough conditions did prevent us from taking our mid morning bath and swim in the lake, which was a shame as that’s the best part of the morning after a long passage, so instead everybody had a shower in the boat along the way.

By late afternoon we finally arrived in Middle Bass island, and Andrew had arrived shortly before us.  We got the boat tied up and registered and left for a walk to explore the area.  The marina itself was quite nice, though the staff was not particularly helpful or friendly, but when we found out it was a municipally owned marina, it all made sense.  Seems the profit motive removes the requirement for good customer service, as we are very familiar with from our own marina at Port Dover, so this came as no surprise.

We wandered down a road towards what looked like an old warehouse...or something, which was located right on the waterfront facing the nearby South Bass island and village of Put-in-Bay.  I looked over the building, which I guessed had had been quite majestic at some point, but was now in a dilapidated condition and said to Andrew, “The place looks is totally abandoned, I wonder what it used to be?”

“I’m thinking it used to be a winery,” he replied.

“Because it says “Lonz Winery” in ten foot tall letters up there,” he noted sarcastically as he pointed up towards the top of the building.

“That doesn’t prove anything.”

We poked around the ruined building for a while then moved on down the road where we discovered a nifty little restaurant called “JF Walleyes”, which had a large wading pool attached to it, perfect for the kids to play in while we sucked back some cold, well deserved drinks.  We also had some dinner, which was mediocre, but after two nearly sleepless nights and the vicious late afternoon sun, we probably weren’t tasting or feeling much at that point.  We returned to the boats and it wasn’t long before we were in bed and sleeping like the dead.
Posted by Kristofor Olson at 9:56 PM