Yann, Stephen, Me and a Whole Bunch of Books 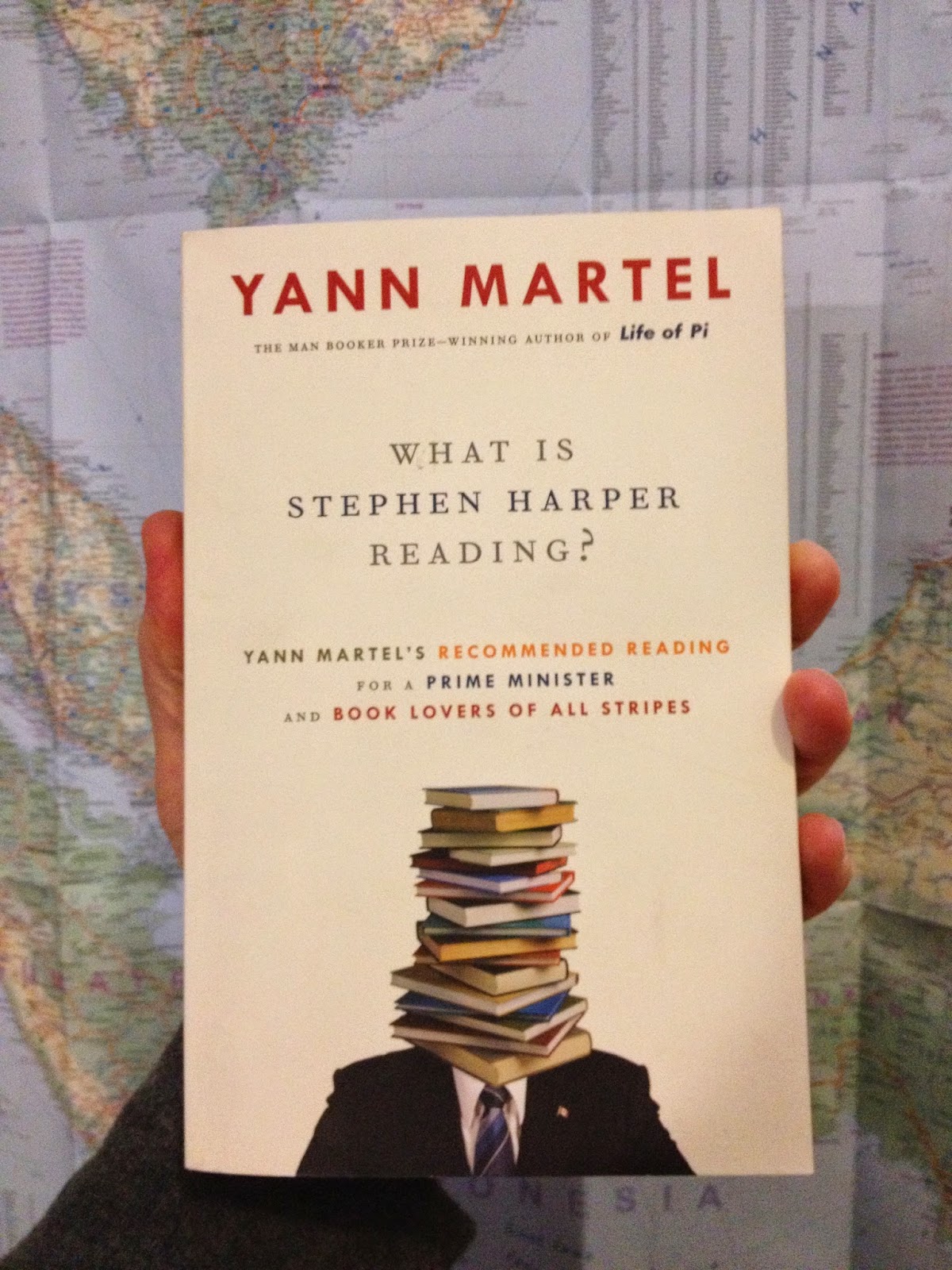 I have always been a voracious reader.  And somehow I’ve always assumed everybody else I know is as equally enthralled with books as me, but I have learned that this is not true at all – many people simply don’t much enjoy reading or choose to do other things with their spare time.  Fortunately my wife Ana is equally enamored with reading so our house is littered with books, in fact, you may have a hard time finding somewhere in our home to stand where there will not be a book within reach.  Ana is a great lover of fiction.  For much of my life I too read many works of fiction, especially when I lived in England and could pick up the Penguin Classics books, with their signature tan and black covers, for a couple of pounds each, which allowed me to burn through dozens of books from commonly recognized authors such as Jane Austin and Charles Dickens but also many authors and titles I’d never heard of.


Since I returned to Canada around ten years ago, my focus has turned to non-fiction books. Though I have a business degree in Finance, my knowledge of investing and financial planning was sadly lacking, so when I returned to Canada to live I found a great mentor and made it my mission to learn everything I could about personal finance.  Beyond that, during that time I have read a great number of books covering other subjects - memoirs, biographies, sailing and navigation, sociology, economics, statistics, travel, religion and so on.  I do read the odd work of fiction, but only rarely.

The other day I was at the Brantford public library, scouring through the discard rack when I came across a great find – Yann Martel’s What is Stephen Harper Reading?  I grabbed it up, along with six or seven other books, paid two bucks for the whole lot then hustled back to my vehicle, like a robber fleeing from a successful heist.  I knew this book, as I have read two of Martel’s other books and enjoyed them immensely.  I remember seeing it in the bookstores when it was first published, and even picked it up a couple times, but probably bought yet another book on dividend investing instead.

The idea of the book is this: after an upsetting incident in the House of Commons where Martel feels that he (and the arts community in general ) has been somewhat humiliated by the Prime Minister and his political colleagues, he decides to send Stephen Harper a book every two weeks that will serve to inspire a certain sense of stillness within him.  Though Martel doesn’t come right out and say it, he seems to suspect that our nation’s leader doesn’t read any interesting books.  Just lots of briefs, memos and a Guinness Book of World Records volume every once in a while for fun.  Martel’s tone meanders from sharply condescending, to one of genuine care, then right back to piss taking, sometimes in the same paragraph.  Or same sentence.  And he can be very, very funny.

But this is not a book review.  It is simply a word of thanks to Mr. Martel for compiling an incredible list of such a variety of works, from novels to poetry to plays and penned by authors all over the world.  I simply loved the book, and not for any political statements contained within its pages, but because it was like a custom written prescription for me to re-introduce myself to the genre of fiction.  And Martel has such a wonderful way with words, I can be sure that my own writing will be improved by diving into some of the books which surely helped him to become the fine writer he is.

This week I picked up the recommendation in the first letter he sent to Stephen Harper - The Death of Ivan Ilyich, a book that I read in high school, but could scarcely remember.  I read it this week and loved it, every word.  I am certain It made a lot more sense to me now than when I originally read it, likely because I am certainly closer to my own death than I was when I was 16 years old, and I have learned a bit more about the world and its people.

I’m considering embarking on my own mission to read every single one of Martel’s recommendations (there are 57 in total – his letter-writing campaign lasted for two years).  After ten years of working on my family’s finances I think we are in good enough shape to allow myself more pleasure reading time.  A lot more.  And our ten week adventure through Southeast Asia planned for this summer will provide me with the perfect opportunity to lose myself in some wonderful books.

Posted by Kristofor Olson at 4:43 PM