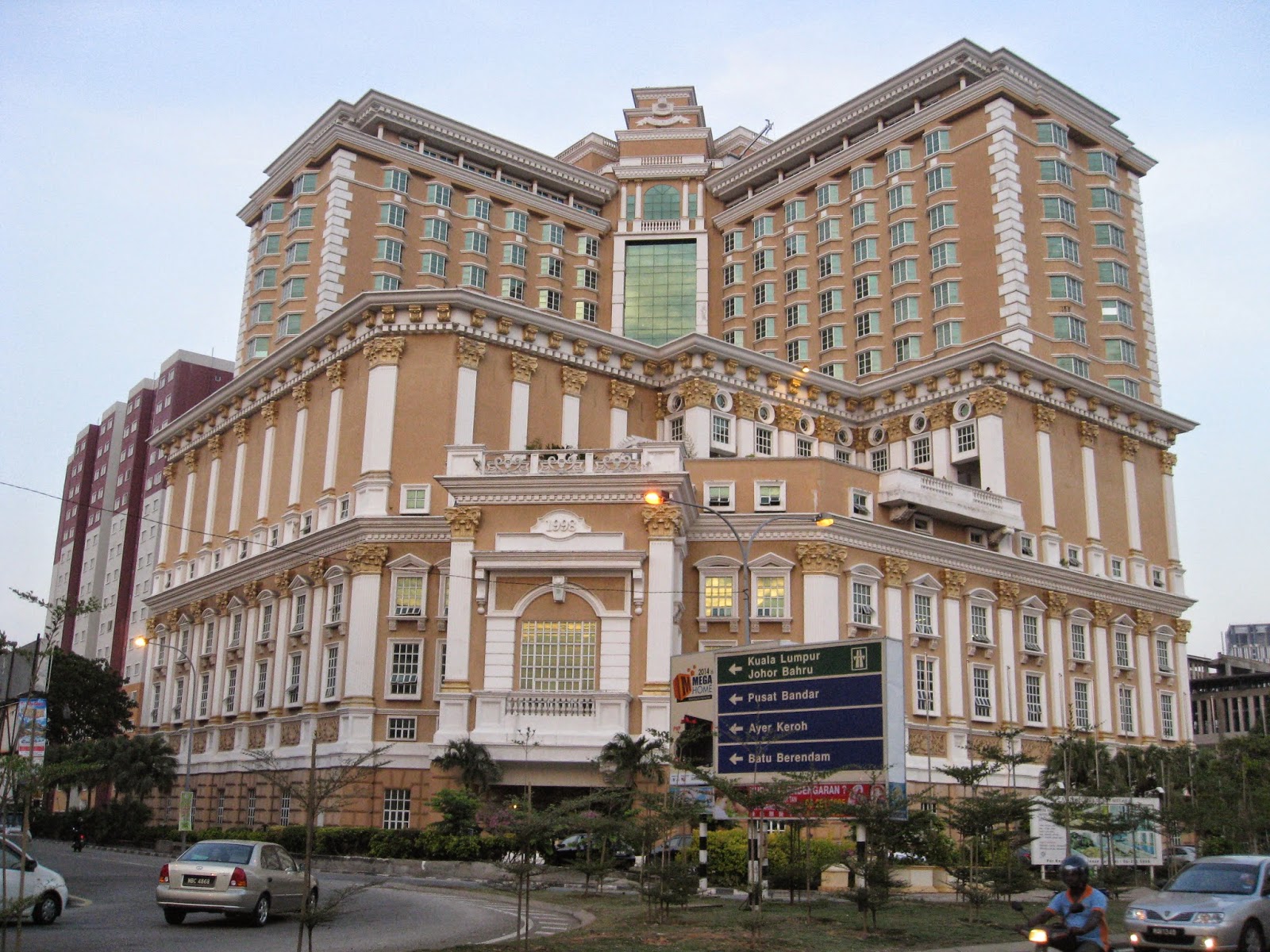 We decided it was time to move on so after a hectic morning of packing up our stuff (which had literally exploded all over our small room), having breakfast, exchanging money, figuring out bus schedules and booking accommodation, we found ourselves on a VIP bus coach with massage chairs headed for Malacca, Malaysia.  We decided that Singapore was clean, fast, efficient, easy to navigate, but hard on the budget, and we were anxious to begin exploring Malaysia – especially the beaches.  As we drove north towards the border of Malaysia we realized how large Singapore is, but it didn’t seem unusually dense as there are still many parks and some open spaces around.


Once we arrived in Malaysia, the scenery changed dramatically and we were surrounded on both sides of the road by mainly palm plantations, but in some spots what looked like wild jungle.  The highway we traveled on was in excellent condition and all the exits and speed limits were well marked.  We were originally thinking our first destination in Malaysia would be Pulau Tioman, but we weren’t having much luck finding available accommodation so instead we chose Malacca, which is on the west coast.  We bought the Lonely Planet book “South East Asia on a Shoestring”, which covers all the countries we plan on visiting and has quite comprehensive information, though you have to keep in mind that such books are simply a guide and not a bible, and the information is not always completely up to date.  More often than not, you visit a place for yourself and leave with a completely different opinion than was presented in the book.  We find the guides are good for getting information on specific things to do in places and also the most commonly visited sites in a country.  So you never want to plan your trip completely “by the book”.


Malacca is a big, bustling city and the first thing we noticed was the majority of women wearing the head scarves.  The vast majority of citizens of Malaysia are Muslim, and it is a Muslim state, but it is known as a very tolerant country so the rules and customs don’t appear to be nearly as stringent as what you would find in Pakistan or any of the Arab countries..  We were dropped off at the central bus station and took a taxi to our hotel.  My amazing wife is the most luxurious backpacker you will ever encounter and she found us a four star, regal hotel just outside of the main city centre for fifty bucks a night, which included breakfast and access to the swimming pool and gym.  The price was only five or ten bucks more than we would have paid staying in a family room in a grimy hostel.


After getting settled in our room and doing a family happy dance we headed for a walk to the central downtown area.  It was probably the hottest time of the day and we soon began melting so after a few blocks we stopped at the first place we could find that had air conditioning – Pizza Hut.  After scanning the menu I realized two things:

Because of this second restriction, they seem to rely heavily on chicken ingredients.  In fact, every pizza had chicken.  We could choose from Chicken and Cheese, Triple Chicken Classic, Hawaiian Chicken Supreme, Chicken Pepperoni, or the Meat Lover (chicken loaf, chicken meat balls, chicken shreds).  Upon scanning the menu Magnus said, “That’s a whole lot of poultry.”


After lunch, we returned to the hotel where Ana and the kids went for a swim in the luxurious pool while I had a nice, long nap in the room.  Fully refreshed, we headed back outside and walked towards the centre and found a lovely, winding river, which we followed all the way into town, eventually winding up at a small park which was bounded by two spectacular buildings and three large bushy trees which must have held ten thousand birds, judging from the noise originating from the canopy.
We found a backpacker hotel which was showing a World Cup game so we settled in, ordered some drinks, and enjoyed some soccer.  Before long the kids had practically fallen asleep at the table so we decided to catch a taxi back to the hotel to finish off our first day in Malaysia.
Posted by Kristofor Olson at 6:20 AM