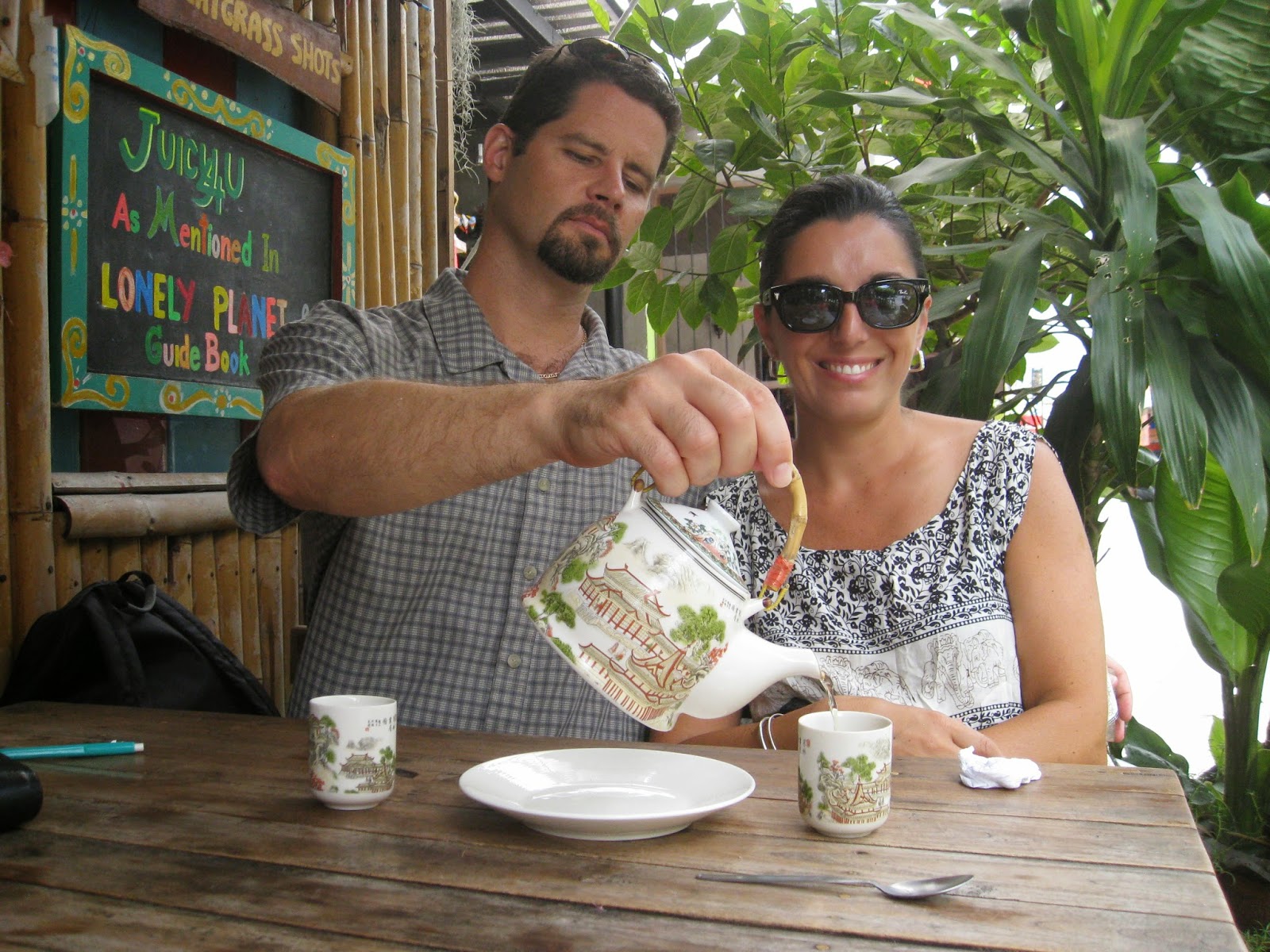 Chiang Mai is a centre for many half day, full day and multi-day trips into the surrounding countryside for zip-lining, elephant trekking, hiking and so on.  But we just didn’t find anything that felt right, so instead we decided to explore the city a bit more then head to the gigantic mall to see a movie.  This time, we saw “Dawn of the Planet of the Apes” and it was awesome.  It is just hard to believe what those CGI guys can bring to life on the screen which, in tandem with an intriguing storyline, makes for quite a show.

After the movie we chose one of the dozens of interesting restaurants in the mall (the mall was large, fancy and modern, though not quite as “over-the-top” nor busy as the ones in Kuala Lumpur) and enjoyed a delicious dinner of Japanese food including the best sushi we’ve yet.

By 7pm we were at the bus station to catch our overnight ride to Bangkok.  Thankfully it was a double decker with fully reclining seats and an onboard toilet.  After settling in, the attendant came around and offered us snack boxes, drinks, blankets and pillows, and before long we were all fast asleep, in part due to the Dramamine pills we had all taken, just in case the road was windy and rough.  Strangely, we made a meal stop at two in the morning at a gigantic, roadside cafeteria, owned by the bus company.  The idea of eating at that strange hour kept us on the bus, but I felt compelled to go to have a look and found hundreds of people chowing down on noodle soup, rice curries, mystery meat and other unidentifiable food items.  I returned to the bus, dropped into my seat and was instantly asleep.
Posted by Kristofor Olson at 7:39 PM