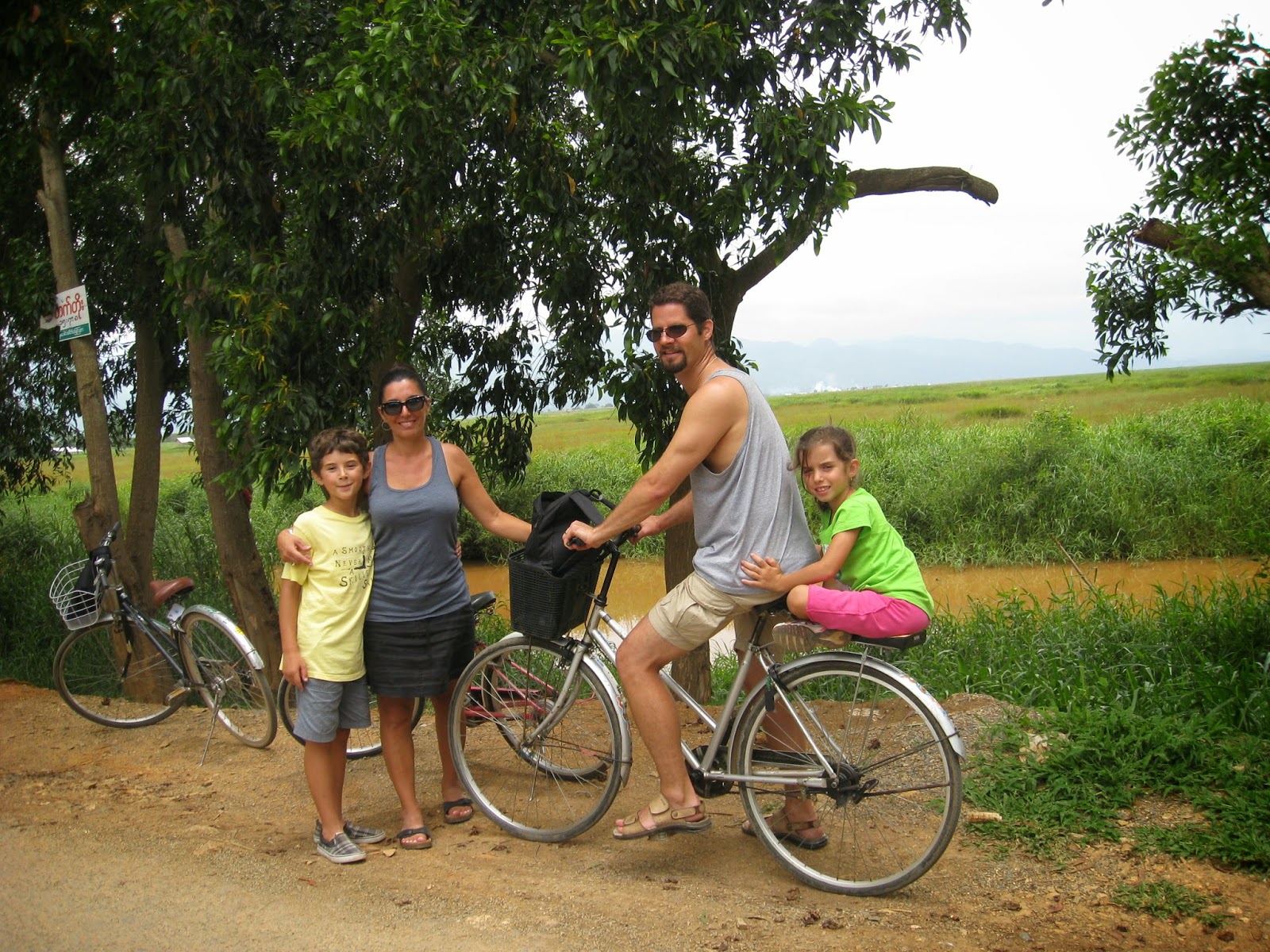 We decided to rent bikes and explore the countryside on this, our last day in the Lake Inle area.  Though Stella recently became proficient on a two-wheeler, she opted to piggyback on her dad’s bike for this trip as it was going to be a fairly long one and the traffic is still much too busy for a beginner rider.  We heard of a hot spring facility that was about 10 kilometres or so out of town so we headed out in that direction and enjoyed a lovely ride on a shady road through some quiet countryside, along the way passing farms, a school, a small village and several other foreigners on their way out there.  About halfway there, poor Stella got her foot caught in the back wheel so we had to stop for mommy to apply a bandage and some TLC, then she was back onboard.  The road got very busy in spots with trucks carrying construction materials as they were repairing several bridges, so we had to get out and walk a few times, but eventually we made it to our end goal.  Sadly, the hot springs were pretty lame – just a fenced in patio with three small, regular looking hot tubs, two of which were much too hot to even think about getting into.  Oh, and the admission fee was a lofty ten dollars each, but since we didn’t bring bathing suits anyway it didn’t matter, though we did wonder how this terribly mediocre place could ever attract enough business with those prices.

After a small break we headed back into town, which made it the longest bike ride Magnus has ever done and the longest I’ve done in about twenty years.  We found a great little café called The French Touch and had a delicious lunch, followed up with a couple games of foosball on the free table.

After returning the bicycles, we went for a walk in the market and found a barber, so both Magnus and I got haircuts and came out a few pounds lighter and looking a lot less scruffy!  We then whittled away a couple hours at a different café closer to our hotel writing journals and talking, and then returned to the hotel, had a quick shower, grabbed our bags and went to the station to await our overnight bus to Bagan.
Posted by Kristofor Olson at 10:08 AM