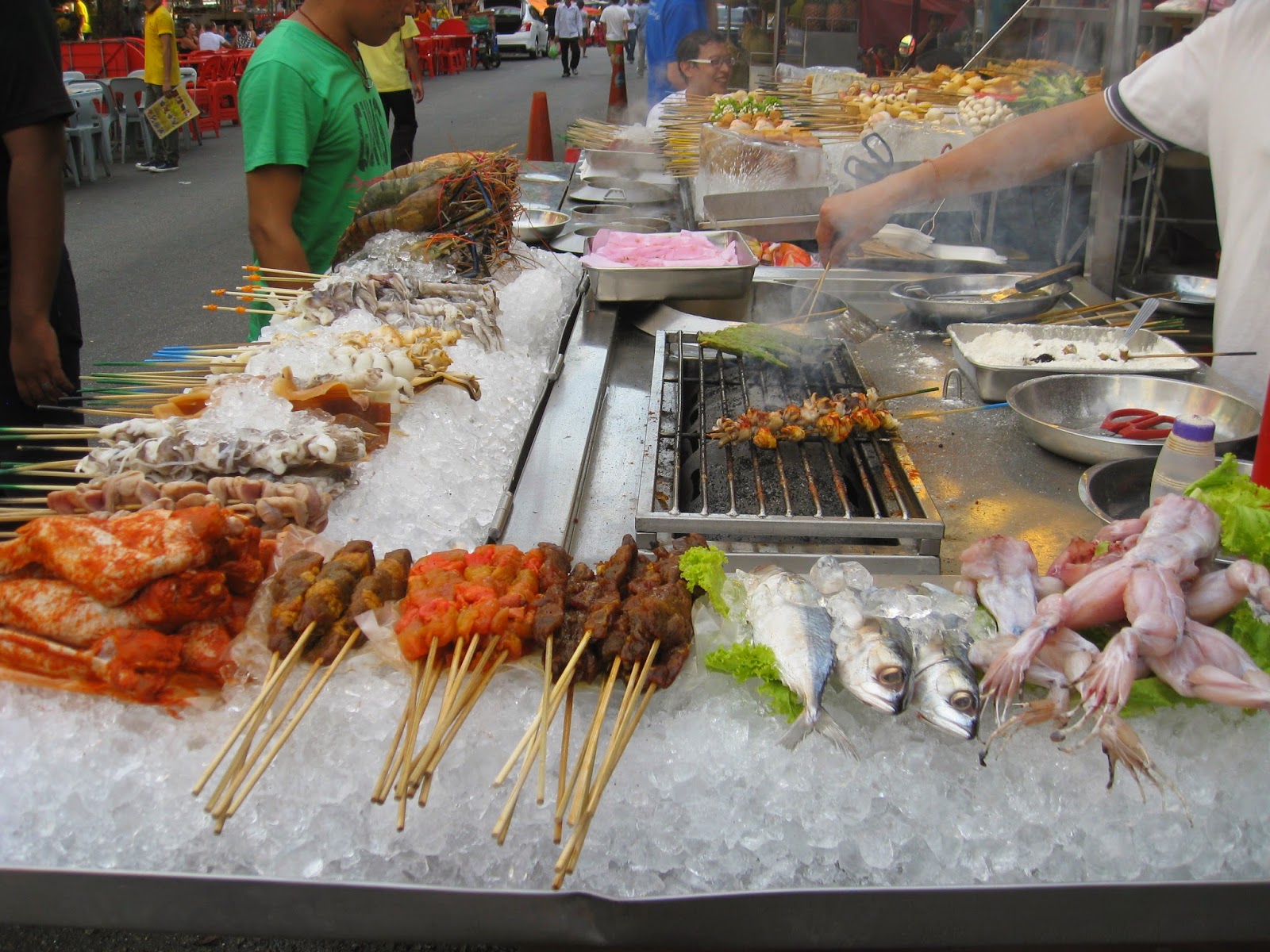 By the end of the day yesterday we were thoroughly exhausted.  We left the hotel at 8:30 and did not return until the evening, and most of the day was spent walking and exploring the city.  So today we slept in a bit, had a leisurely breakfast, then took the subway to an area of the city called Bukit Bintang where we found even more gigantic luxury malls, separated by old world streets jammed with shops and food stalls selling everything from pungent durian fruit (the smell of which will now always remind me of Malaysia) to fresh tilapia fish swimming around in muddy tanks to grilled frogs which, when skinned and skewered, look uncomfortably human.

We took the kids to another movie (How to Train Your Dragon 2) but were surprised at how expensive the tickets were compared to the last one we went to.  Assuming it was just because we were in the big city, we bought some cheap popcorn and drinks and went to the theatre.  Then the expensive tickets made sense – it was playing in one of their luxury cinemas which had a lounge area where you could order drinks and food and giant comfy leather seats.  Thankfully, the movie was excellent and the kids loved it, even though Stella had already seen it once on a school trip.

We have been feeling like quite the mall rats the past two days, but when it is 35 degrees outside and you have been walking for a while, you lust for air conditioning.  I truly and honestly dislike shopping malls and pretty much anything to do with shopping, but as we are doing it in a foreign country I consider it a cultural experience and spend most of my time watching the people walking around as Ana digs around for deals in the stores.  It’s sort of hard to understand how Louis Vuitton, Tiffanys, and Prada luxury retail outlets can be successful when exact replicas of their products are available in the markets practically steps away from the mall for a tiny fraction of the retail price.  But there were people in all these stores buying the outrageously priced merchandise.  So where is all this money coming from?  Well, seems to me that the Arabs sell us oil and China sells us pretty much everything else, so much of those profits are ending up back in Asia fueling even more growth and expansion of living standards.

I’ve mentioned before that everybody in Malaysia seems to have their eyes constantly glued to a smart phone.  What I did not mention is that 90% of them seem to be Samsung.  I have only noticed one or two people carrying Apple phones and another handful with Sony or HTC models, but Samsung definitely seems to be leading the charge here.  Which reminds me, it is a very satisfying feeling not having a phone at my side, having to check email constantly for work issues.  Brings me back to the old days where in moments of boredom you just look around and think about….stuff.
Posted by Kristofor Olson at 8:14 PM