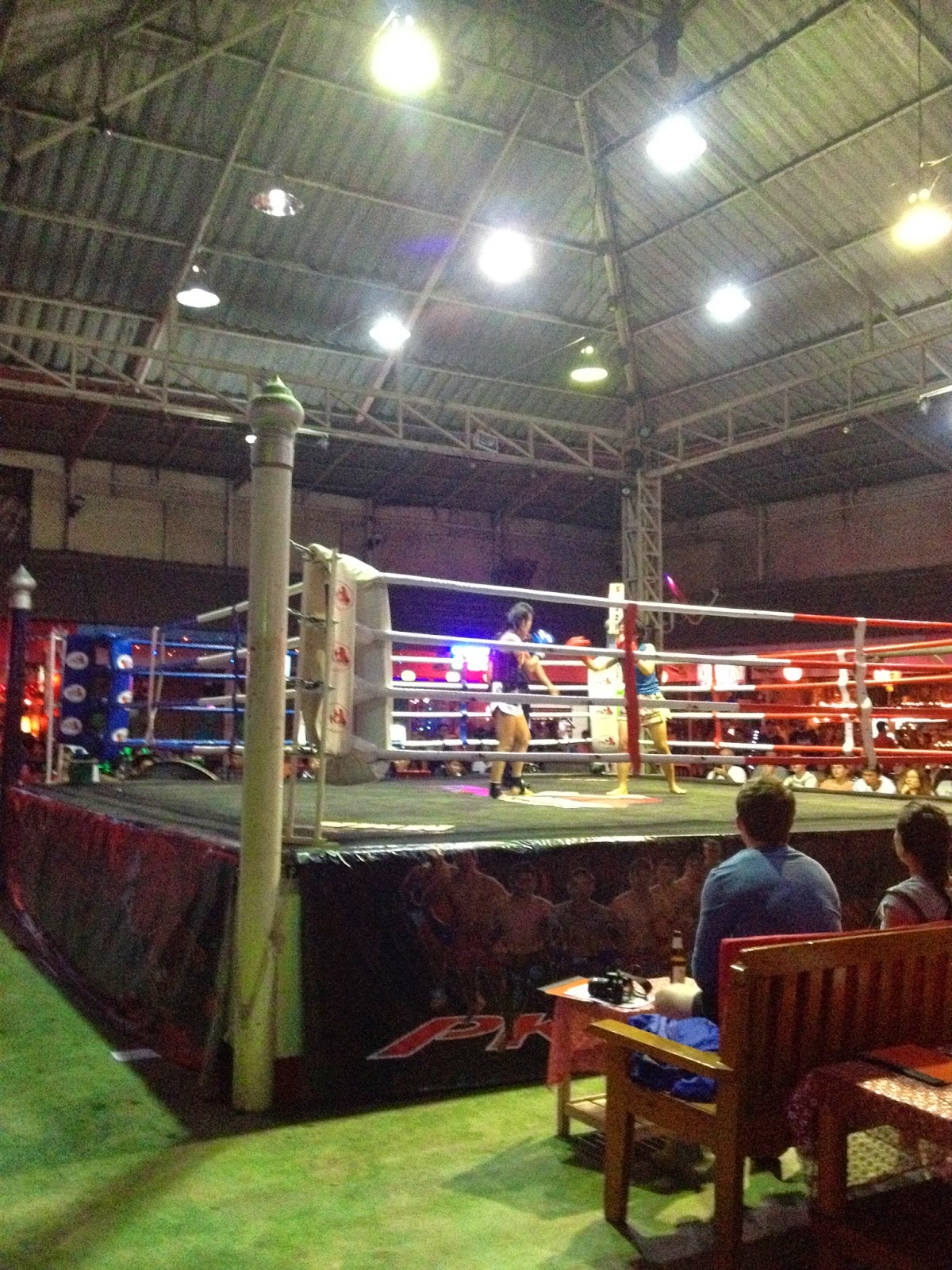 To tackle a new city, it is fun to simply wander and that is what we did.  The old city of Chiang Mai is a perfect square and bounded by a moat and the ruins of what used to be a giant wall, so it is not hard to imagine what this city may have looked like hundreds of years ago.  Now, it is a densely packed, vibrant, bustling, modern, and thoroughly touristic city, but with a small town feel as the guesthouses and hotels are located in a comparatively small area in and around the old city, outside of which appears to offer nothing much of interest.

With the help of a tourist map we explored the old city on foot, finding some remarkable temples, one of which featured a large pond and a resident population of catfish which you could feed.  A handful of snacks thrown at once in the pool produced a boiling, aggressive, slimy collection of large catfish mouths groping for the crunchy morsels of food.
We noticed the temperature was definitely more tolerable than what we were used to, but after a few hours of walking we were getting a little exhausted and, to be honest, weren’t really finding too much else of interest, so we had a light lunch then head back to the hotel for a lovely afternoon swim and nap on the loungers.

We had arranged to meet the friends we were with yesterday at the Muay Thai fights this evening at the stadium which was very close to our hotel, so after wandering around the night market (at least the rest of the fam jam wandered the market – I was smart and went for a five dollar foot, neck and shoulder massage instead….ha ha, fools!) we went to the stadium.

The ring was in the centre of a long series of small bars, some of which were identified clearly as Lady Boy bars, though there were indeed lady boys, prostitutes and all sorts of gender indeterminate people, many in the arms of balding foreign men, in all of the pubs.  Thankfully, it was still early in the evening so there was nothing really racy going on quite yet, but I was imagining things would heat up the further into the evening, which may prompt some difficult questions from the kiddies.

The ring had been surrounded by a feeble fence meant to block out the non-ticket holders from seeing the match, but surrounding the fence was our little group, all squatting on the floor looking under the shields, in true cheapo backpacker style.  Magnus and Stella decided to get a bit closer so they slipped through the fence with two of our new friends – English girls - and got comfortable seats to watch the fights, while Ana, me and the rest of the group enjoyed some cold Chang beers outside.  Before long, one of the ticket collectors invited us into the area so we all ducked under the fence, grabbed seats and stated cheering for the fighters.  The fights were great - very clean, no nastiness, and young and fit fighters.  One of the matches was between two girls, and it was probably the best of the lot as it went all five rounds and ended in a decision.  Magnus and Stella were enthralled with the matches, and were making predictions for each fight then cheering on their chosen warrior.  There were also chatting happily with their new friends and it reminded me just then that this is what traveling is all about – putting yourself (or finding yourself) in completely new and unexpected situations, enjoying them, rolling with the proverbial punches and really, truly, honestly living in the moment.
Posted by Kristofor Olson at 7:32 PM