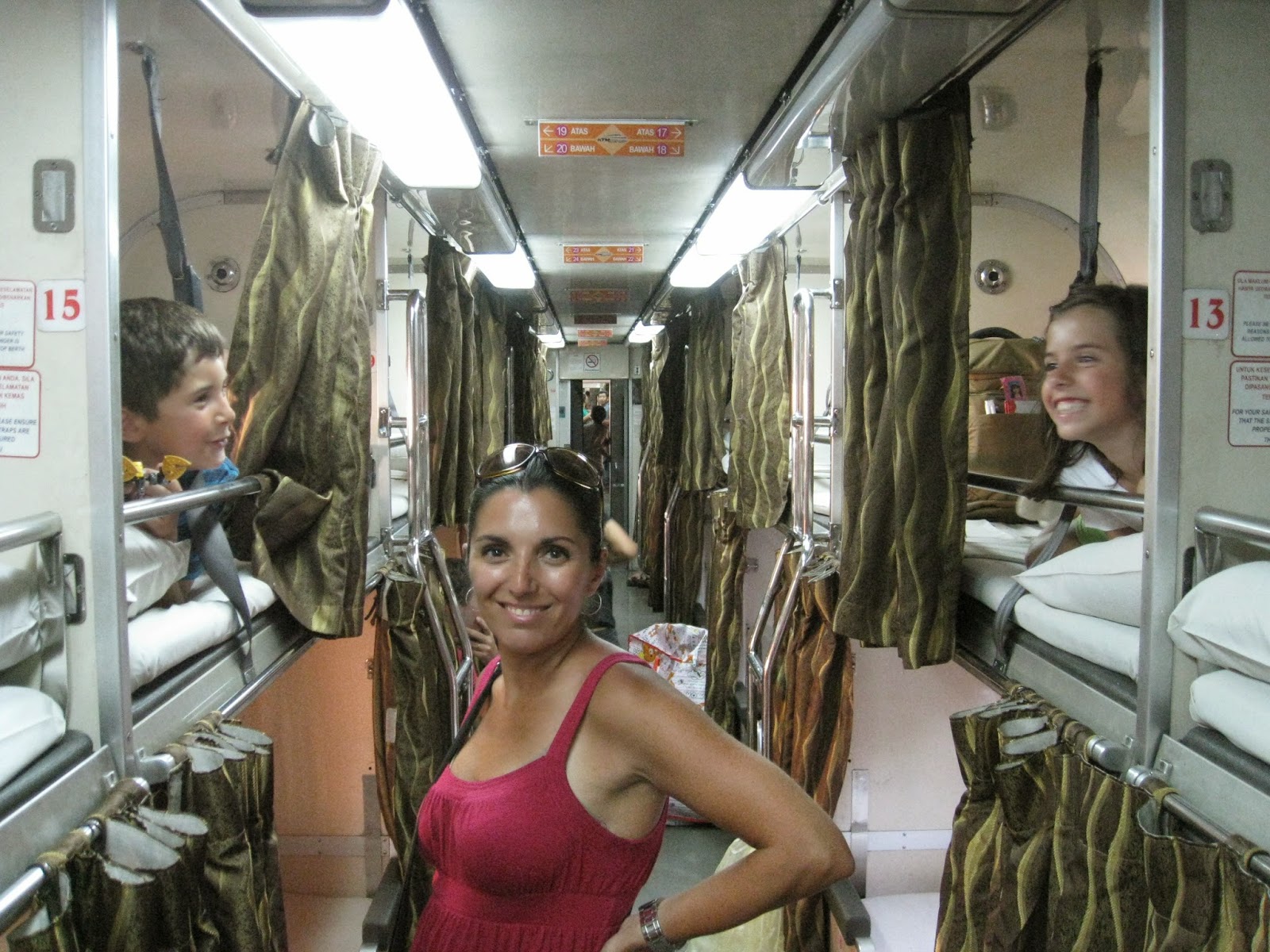 Our time in the Perhentians was finished so after a long, slow breakfast we met up with some new friends we met from Finland and relaxed in the open air lounge overlooking the fine beach and blue waters, awaiting the water taxi which was scheduled to take us back to the mainland at noon.  The couple we met were from a small city in Finland and were in the midst of a month long vacation in Malaysia.  Finland is the only Scandinavian country I have not visited (also, the Faroes – technically a part of Denmark, but very much like a separate country) which is always something I’ve wished to correct.  It sounds like Finland is very much like Canada, beginning with their obsession with ice hockey!  The Finnish language is not in the same language group as the other Scandinavian languages, and is very, very hard to peg, so anytime I find myself in an airport lounge, or a big international city, and hear people speaking a language I just cannot peg….it is usually Finnish!

We were soon checked out and after a brief stop on the other side of the island to pick up a few more passengers, we were speeding off towards the mainland across a calm sea.  We arrived back in Kuala Besut to another scorcher, so we found the closest café we could find and sat down for some cold drinks and lunch.  I went on a scouting mission to check out the town but found there really wasn’t much there to do or see as it really was just a dropping off point for the islands, so we found a taxi driver who drove us the two hours to the train station near Kota Bharu (for a cost of less than thirty dollars).  We were hoping there would be something to do at the station, but it was just a small station slightly outside of town so there was nothing to do but wait for our overnight train, which didn’t leave for another three hours.  We experienced a feeling we don’t often experience in our day to day lives in Canada – boredom.

Because of our schedules at home, boredom is the one thing we are rarely faced with.  There is always, and I mean always something to do.  And even in those brief moments during the day when one used to experience momentary feelings of boredom, these are now easily filled in with smart phones.  In fact, it is quite clear that the smart phone has conquered boredom.  Or maybe conquered is the wrong word, instead, it’s probably more appropriate to say that the smart phone has replaced boredom.  Because Ana’s phone was practically out of power, we became reacquainted with boredom.  It’s actually not too bad.  It actually gives you time to think about things, using your own brain, and not just responding to external stimuli from the smart phone.  So what did we do with those three hours?  Well, we set up shop on one of the tables and played cards with the kids for a very long time.  Then we walked around the station, looking at the signs, watching people, exploring the grounds.  We found male and female prayer rooms, nasty toilets, feral cats and kittens, and many different and unidentifiable bags of snack food.  Though I can’t say I really enjoyed being bored for three hours, it was nice to be in a situation where one had absolutely nothing to do.

The train arrived right on schedule and we got set up in our sleeper beds for the 14 hour ride back to Kuala Lumpur.  The bus would have been faster and possibly cheaper, but we wanted the chance to spend a night aboard this train which cuts right through the middle of the country through the dense jungle.  It is an understatement to say the kids loved the berths.  They were laughing and giggling from the moment they got in their bunks until the time they fell asleep.
Posted by Kristofor Olson at 8:04 PM