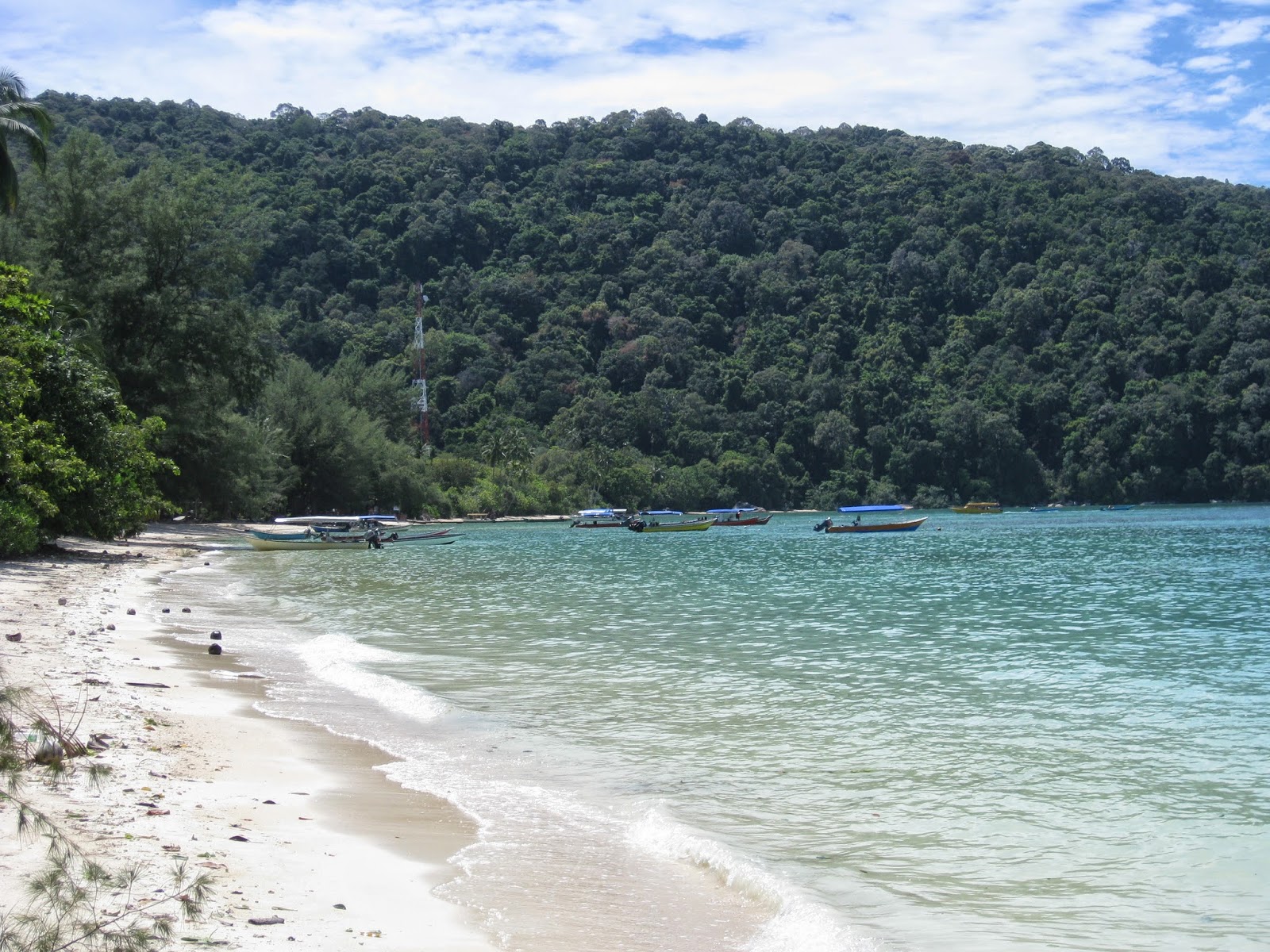 Since our bus was leaving at 7:30 am we got up early, packed everything and went down to the hotel lobby for our free breakfast, and as the elevator door open we were struck with the powerful smell of fish.  Looking around, the buffet eating area was completely empty, which was odd as it was supposed to be open by that time.  We found a staff member and he told us to sit down, then gave us the breakfast menu.  Now I’m pretty adventurous with food, but this menu even made me wince.  Everything had fish, mostly anchovies.  You could have rice with anchovies, seafood rice, seafood soup, curried fried rice with cuttlefish, rice porridge with anchovies and so on.  We looked at each other and agreed that we didn’t want to start this lovely Canada Day off with a fish brekkie, so we passed on breakfast and went to the bus station to catch our bus.  Fortunately the snacks we bought the previous day included a lovely loaf of fresh bread with jam and nuts inside so we enjoyed that along with some apples and drinks.

We were headed up to the Perhentian Islands, which are located a few miles off the north-east coast.  The local bus took us through many small towns, and as we found yesterday, the surrounding were becoming less and less beautiful as we progressed – garbage everywhere, many half constructed buildings, houses falling apart, more animals wandering around, poorly dressed people and so on.  It must be one of the poorer regions of the country.  After a couple hours we arrived in Kuala Besut and immediately saw a sign pointing towards the jetty for boats to the islands.  The hotel Ana had booked included the cost of the boat but we hadn’t received any further details on where to go or what to give the boat guy, so we just strapped on our packs and walked over to the jetty.  As we approached, a guy came up to us and asked us where we were going, so we told him and, of course, he somehow knew exactly who we were and guided us over to the boat, which was just about to leave.  Perfect timing!  As we’ve found all over this country, everything just seems to work, which makes it very easy for traveling.

There were about fifteen people on the smallish boat and it rapidly took off across the water as the driver opened up the throttle.  It felt so good to be on the ocean, crashing over the waves, headed to a brand new place.  After 20 minutes we arrived at the first of the islands, called Pulau Kecil, and dropped off a few people on a beautiful beach nestled into what looked like a pristine jungle.  We continued to the other island, which was very close, enjoying the views along the way of the gorgeous beaches, clear and clean water, and dense jungle.

The boat pulled up to a dock at the end of a beach on the big island, called Pulau Besu, we unloaded our stuff and continued up to the hotel, which was directly in front of us and looked fantastic.  There were a number of people lounging on the couches in the lobby, lazily reading a book, visiting, or some just staring blankly into the ubiquitous white screens of tablets, laptops and smart phones.

We passed the big, beautiful pool on the way up to the room and the kids were immediately smiling.  The room was basic, but quite large and had two big beds.  We unloaded all stuff then went for a walk around the resort to check things out and get our bearings.  Our impression of the place soon started to change as we found ourselves practically wading through garbage in some spots as we went on the “jungle walk” which lead through the back of the resort to the surrounding properties.  The area was not even that large, but everything simply looked tired and unkempt.  We abandoned the jungle walk and instead went to explore the beach.  As our hotel was at the southernmost end of the beach, we walked south, away from civilization to see if we could find a nice place to set up a blanket and go snorkeling.  As we walked down the beach we found a constant stream of garbage, which made us more and more angry at how they could not keep this potentially beautiful beach clean.  By the time we returned we were hot, perturbed and hungry and the kids were starting to get cranky as all they wanted to do was go in the pool.  The hotel did serve lunch, but not for another hour and the prices were absurd, so we talked to the dive shop guy and he told us to walk down the other way on the beach as there were  several other cheaper restaurants there which would be open.  We did so and found that this part of the beach was well kept, garbage free and had all sorts of nice guesthouses, chalets and restaurants.  We settled into one of the restaurants, enjoyed a nice (cheap) lunch, had some cold drinks, and were back on track.

We returned to the hotel and grabbed our snorkeling stuff then went to ask the dive shop where the best snorkeling place was.  After talking to him a bit, I booked a dive for the next day but, more importantly, Magnus decided to do the Discover Scuba, which is where you take a short course on diving, do some pool training, then get to go on an actual dive!  Amazingly, he was old enough to do it so he is very much looking forward to his big diving adventure tomorrow.

We walked all the way to the other end of the beach and had a fantastic time snorkeling.  Even Stella tried it, but didn’t quite figure out the technique, so Ana and her stayed camped out on a beach blanket while Magnus and I spent well over an hour exploring the coral.
We returned to the hotel for a big swim in the pool then returned to our room for a long, accidental nap.  Later that evening we returned to the beach and found the most idyllic scene you could imagine : tables set up on the beach beneath the stars, many people from many countries enjoying dinner, a small beach bar playing amazing music and serving cold drinks, the occasional lightning display from a storm cloud in the distance, and the sound of the ocean waves lapping at the beach.  Everything was good in the world once again and we had nearly forgotten about our initial poor impressions.
Posted by Kristofor Olson at 6:54 PM