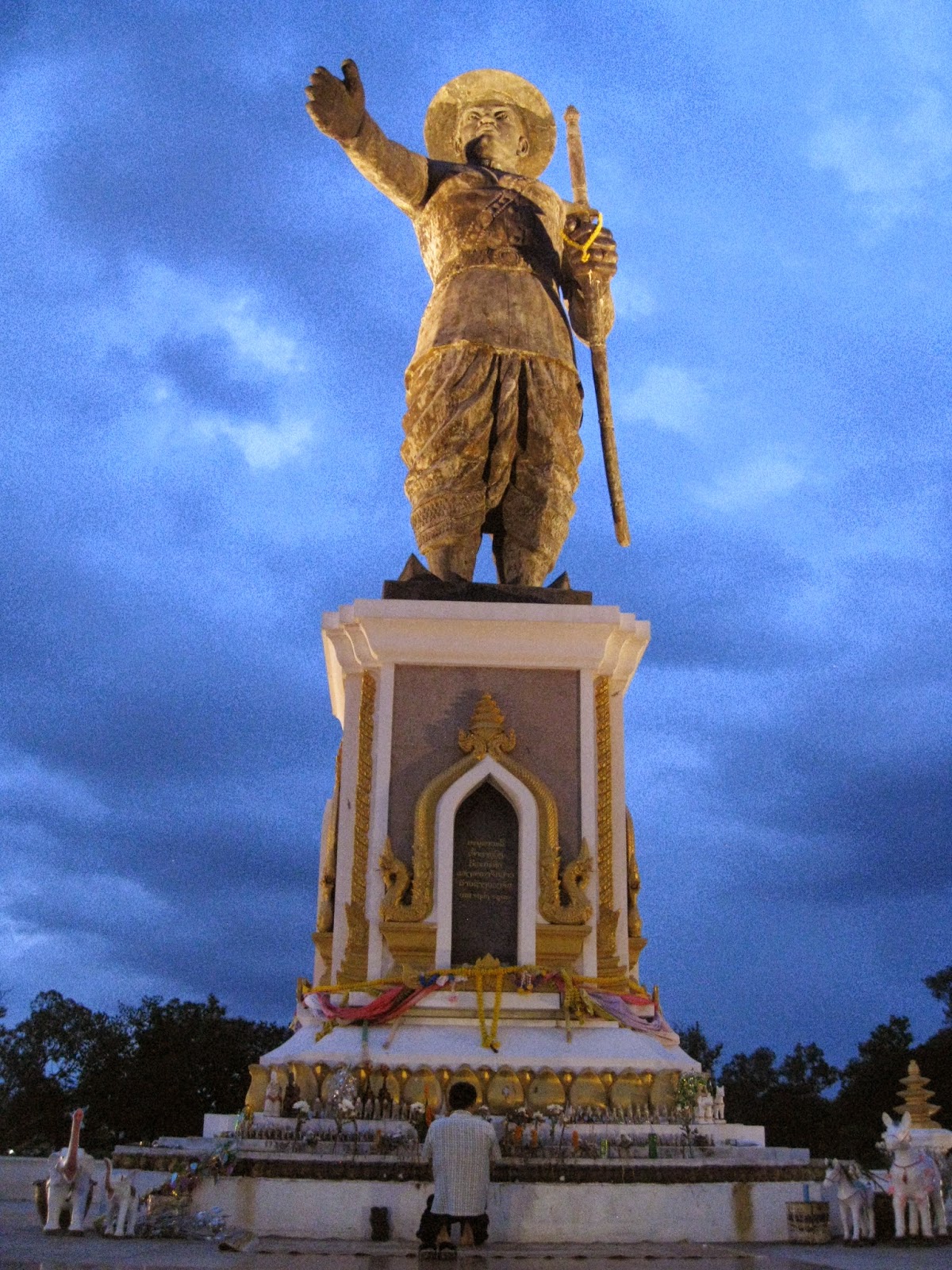 On the way to dinner we passed a Dairy Queen and, as we had missed our daily ritual of searching for ice cream mid afternoon, we told the kids we might come back after our meal for dessert.  We stopped at the busiest place we found – a restaurant named Via Via who specialty is wood fired, brick oven cooked pizza and tied into the most delicious pizza we may have ever eaten.  As we ate we struck up a conversation with the French owner, who had been living in Laos and running this restaurant for a year and a half, and had previously lived in Singapore.  He told us a lot about Laos – how the tourism was on the rise, how expensive commercial property was becoming, about the thriving drug trade in poppies, and he also gave us some great information on traveling in Myanmar, which is one of his favourite places.

Towards the end of our meal, the heavens opened and the rain started to fall.  Tropical rain, delivered in large buckets.  Seeming unaware of the deluge around us, Magnus Sweet-tooth said, “Can we go over to Dairy Queen now?”

“You seriously think we should walk over there in this downpour?” I replied.

That clever response won him a trip to Dairy Queen and he practically inhaled a chocolate dipped, vanilla cone!

Earlier in the day, we again visited Ray’s Grille for a burger fix, though this time got to meet the owner, whose name is actually Daniel (Ray is his son).  He spent a good while chatting with us, filling us in on what it was like living and running a business in Vientiane.  He left Seattle when he was 27, lived in Bangkok for 25 years and had been living in Laos for the past three, with his Thai wife and son.  He told us there was a large number of western expatriates living in Vientiane, mostly working for NGOs, but also many diplomats and people working for private companies.  One of his regular customers came in, who we instantly assumed to be a local “heavito” – this is the word used in Dominican Republic to identify a cool, young, hip, and usually rich, local person who the little kiddies want to be like when they grow up.  We had a chat with him and learned he ran a company (obviously successful) and liked his cars – he had a Lamborghini and a Rolls-Royce.  Clearly not everybody in Laos was poor.

For the remainder of the day, we simply wandered around, still amazed by the variety of restaurants (and cheap prices).  When it got too hot to wander, we returned to the hotel and enjoyed the swimming pool, and when even that got hot we retired to the nicely air conditioned room for some quiet reading time.  The kids and I came up with some characters for a short story, so that may be tomorrow’s project.
Posted by Kristofor Olson at 8:46 PM