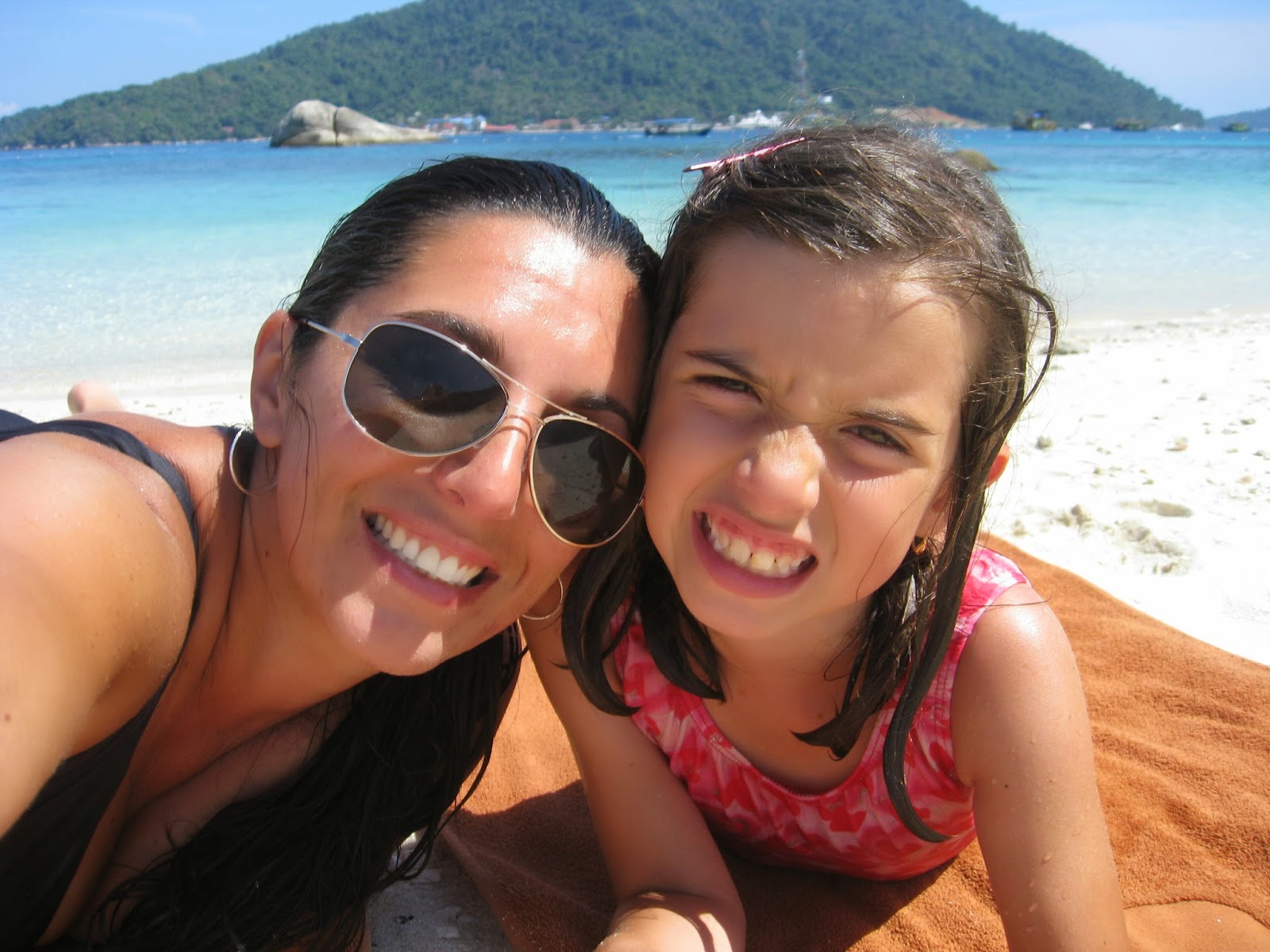 We woke up to a glorious morning in the islands.  There was a lot of chirping in the room last night so we began the day with a gecko hunt and found two resident lizards scaling the wall behind the curtains.  After chasing them around the room one finally found refuge in Ana’s backpack, which was pretty much the end of the game as our shenanigans were promptly shut down by the mother figure of the operation.  When I was a kid my cousins Nicole and Erica lived in Malaysia and every summer they used to tell us stories of their exotic lifestyle which seemed otherworldly to us kids living on the prairies.  I remember being particularly intrigued by the “chee chucks” they said were always found crawling around on the walls and ceilings, looking for insects to eat.  I remember once asking Nicole to smuggle one back in her luggage so I could see one in real life!  Now that I am here, seeing them with my own eyes, I can confirm that they are just as cool as I always imagined.

We had a decent enough breakfast in the hotel open air, beachside restaurant then went over the dive shop for 9am.  After some brief instruction, a few forms, and equipment selection the four of us were in a boat, along with the dive master and the boat driver, skipping across the waves to a different beach on the other side of the island.  The beach was gorgeous and the coral was widespread so the ladies got set up on a blanket while Magnus did some training with the dive master and me in shallow water.  He practiced inflating and deflating the BCD vest, clearing his mask, breathing through the regulator, reading the air gauge and equalizing the pressure in his ears.  Soon, we were underwater and Magnus was scuba diving for the first time!  We didn’t go much deeper than fifteen or twenty feet, but it was an excellent introduction as we found a huge coral reef and dozens of different types of fish.  There were sea urchins and cucumbers everywhere and we also found a nice cluster of sea anemones full of clownfish darting about.  Magnus seemed quite comfortable in the water and had little trouble with the breathing and buoyancy.  I hope he enjoys it enough to pursue a full open water certification.  Diving is a remarkable sport and can add a whole different dimension of enjoyment to any vacation that takes you close to an ocean or lake.  I have done much diving in the past, probably about 60 or 70 dives, but haven’t been for at least three years so this nice, easy dive was a good refresher for me and I hope to do more diving in Thailand.

We popped up about 40 minutes later and were much further away from our starting point than I was expecting so we had a pleasant, easygoing swim back to the beach where we found the girls splashing around in the warm water.  While we were gone the ladies did a bit of snorkeling, but cut it short when Ana found herself surrounded by small, evil fish that began nibbling on her legs.  Though the hair removal was likely welcome, the method was not.
We wandered down the beach and tried out a different place for lunch, with excellent results.  We spoke to one of the boys in a shop and he told us this was a very slow time on the island, partially due to Ramadan and partially due to World Cup drawing so much tourism.  At least that was his opinion.  In any case, we were beginning to see how these little islands could certainly draw you back and draw you in.
Posted by Kristofor Olson at 7:03 PM