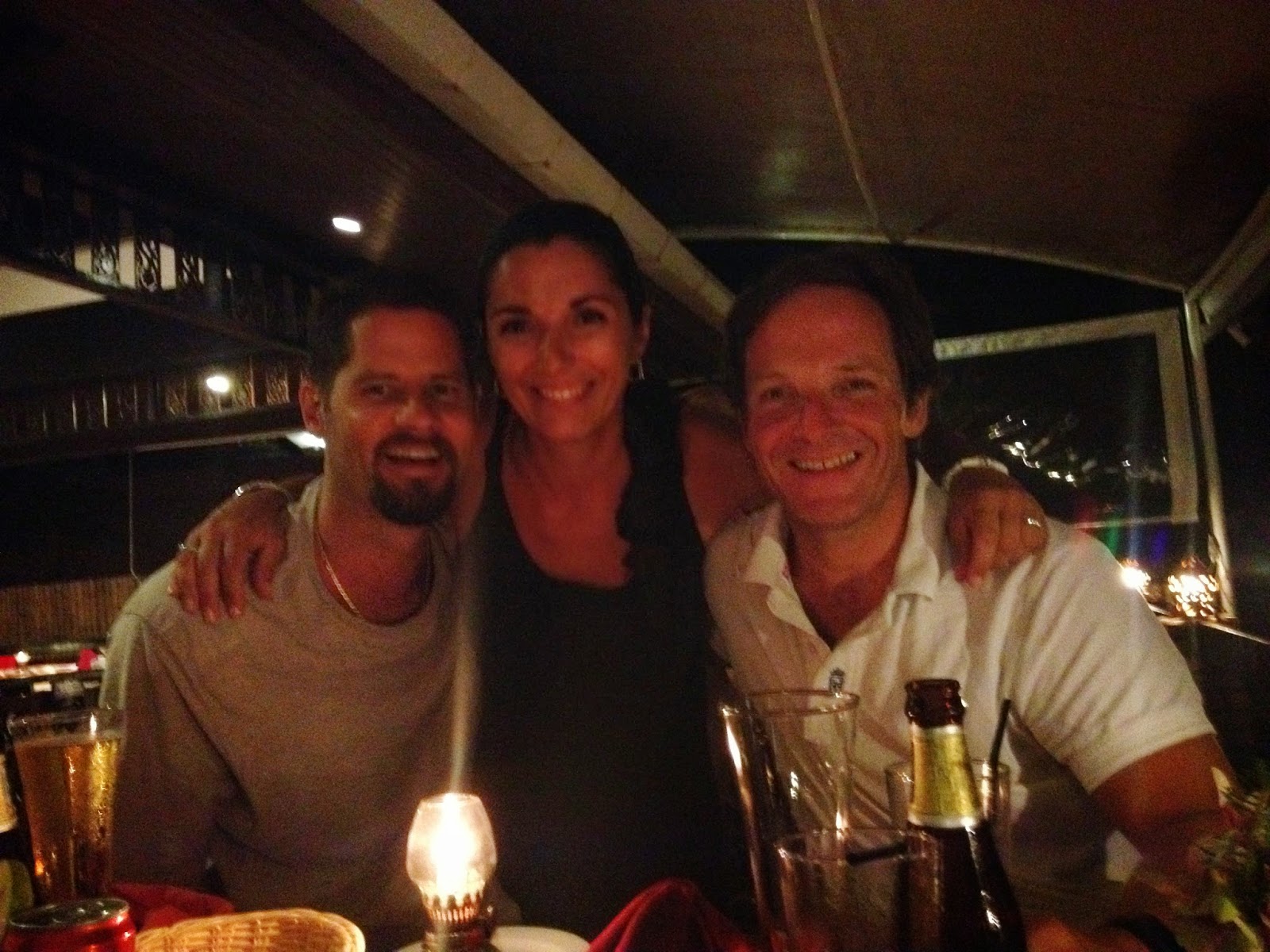 We awoke early and went for a walk along the beach and discovered a large lagoon which drained into the ocean through a small, twisty stream – perfect for racing sticks.  So we found four equally sized, yet distinctively coloured sticks, lined them up at the mouth of the lagoon then released them and cheered them on as they rounded corners, got caught in small eddies and went in reverse, smashed through the rapids, got stuck on stumps and rocks, wiggled their way through narrows and triumphantly crossed the finish line.  It was so fun that we had about twenty races, with Magnus winning the majority of them, but in the end we were too slow and a couple of the sticks were moving at such a rapid clip that they escaped our frenzied chase and disappeared into the ocean, perhaps racing their way to the Maldives.

We walked over to the hotel next door and found our friend Todd then went back to our hotel for lunch, a leisurely swim then several hours on our hotel balcony listening to reggae music, drinking Chang beer and catching up on seven years worth of news.  Toddy was with me in 1998 when I met Ana at the Atlantis casino in Nassau, Bahamas and I remember him telling me that weekend that she was the one.  He was right!  Since then, we have met Toddy many times in many countries and he remains one of our best friends to this day.

After a long day of intense beer drinking we had just enough energy to return to Toddy’s hotel restaurant for a lovely oceanside dinner, after which we called it a night and returned to the hotel.  Yes, I admit in days gone by we would have been out boozing until 4 in the am but, as we explained to Ana, both Toddy and I partied so hard in our 20’s that’s it’s taken fifteen years just to catch up on the lost sleep!
Posted by Kristofor Olson at 3:09 AM