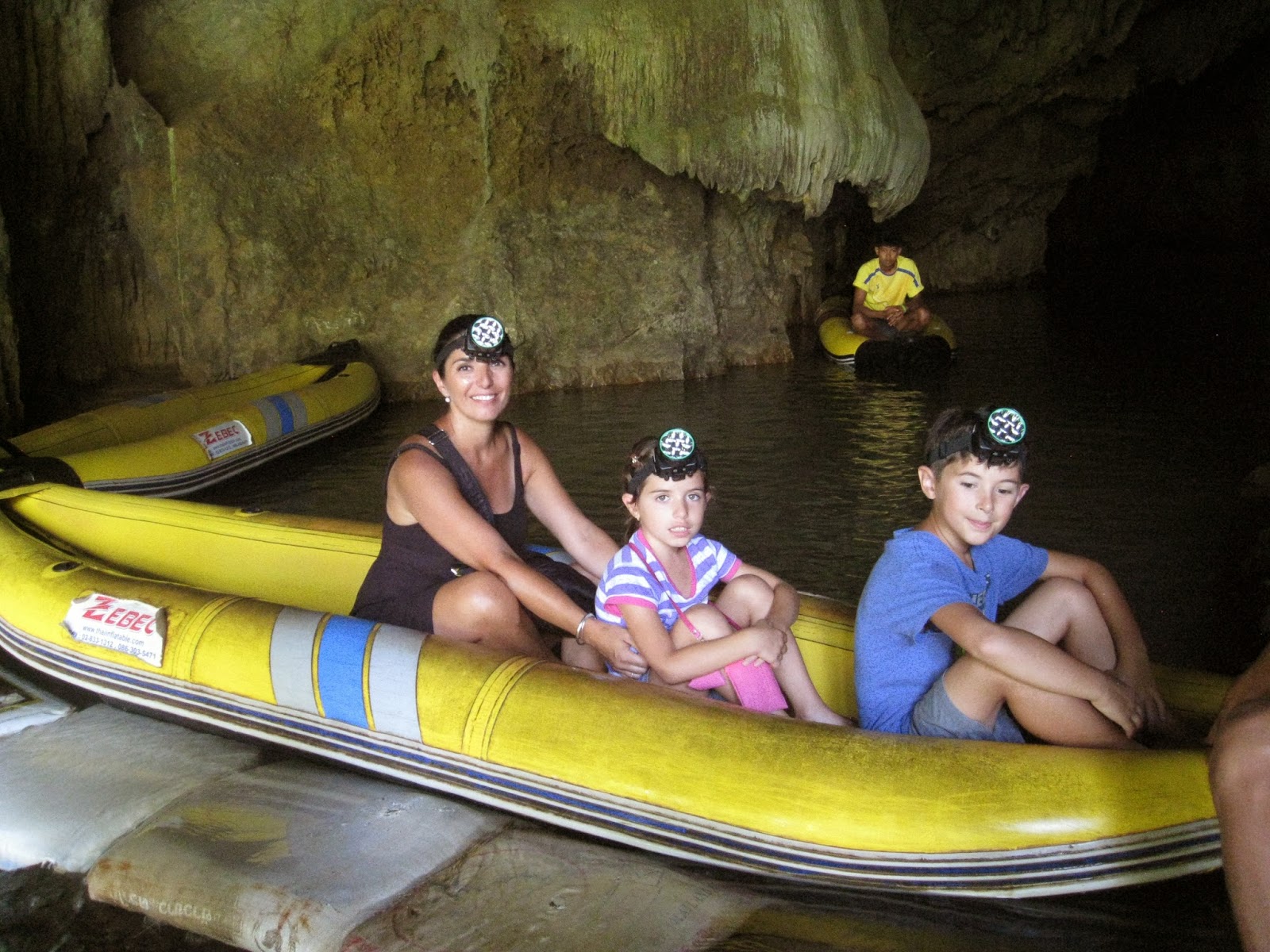 We packed up our stuff, waved goodbye to Krabi and drove north.  At this point in the trip, we struggled a bit with what to do next.  In the low season many of the west-facing beaches are rough, and the weather can be unpredictable, so there are very few tourists around compared to the high season, which means a lot of places are closed.  Some of the potential places to visit, such as Ko Lanta, Ko Phi Phi, and the Trang Islands, were sure to be very slow at this time of the year so we decided not to go and, instead, head back to Phuket to further explore some of the nice beach areas we drove through.  Even in the low season, Phuket still seems busy enough to keep everything open, and there are a lot of things to do and see there.  Plus, we have a special trip lined up for the coming weekend in Phuket so we had to get back there sometime before then anyway.

The road map that came with the rental car has served us well as it has most of the smaller roads marked on it.  The road system in Thailand is really many steps beyond what you find in the surrounding countries and it has been a breeze driving here.  The only issue we’ve had is with the signage.  On the main highways, they have huge overhead pictures of the nearby popular tourist areas, with English names, the distance and direction to reach them.  For the less well known sites, there are still signs with English on the roadsides telling you the direction and distance.  But once you make the turn off the main roads they really leave you hanging as all the signs are then in Thai!  So though you may know that a fantastic temple is eight kilometers down a road, the signs that then lead you through the other six turns you need to make to reach it are all in Thai, so it does take a fair bit of patience and persistence to find places, and most of the time you just need to keep stopping at roadside stalls to ask for directions.  It can be a little frustrating, but it’s also a good way to come across other interesting sights you don’t find on any tourist maps.

The road wound us through many of the tall, limestone mountains and the scenery was stunning.  About halfway back, we saw one of those overhead signs for Phung Chang cave so we took the exit and blew right by the actual entrance to the cave (all Thai signs) and pulled over at a gas station a kilometer down the road to ask for directions.  We backtracked, found the entrance, parked the car and walked down to what looked like a cave entrance at the bottom of a gigantic, completely vertical mountain.  There, we found the cave entrance but, surprisingly, it was actually a river and there were small kayaks floating there and a few guides standing around wearing headlamps.  I asked one of them if we could take a boat ride and he led me up to a different area we had missed on the way in that sold tickets.  We bought tickets and were each issued headlamps, then walked back down to the cave and were loaded up on a kayak, then a paddler jumped on the back and a guide jumped on the front and off we floated into the depths of the mountain.

The cave river was fairly narrow, and we floated through as the guide pointed out all sorts of interesting natural formations of animal shapes in the rocks.  There were several elephants, a flamingo, jellyfish, tigers, human shapes and thousands of stalactites and stalagmites.  He also pointed out these tiny bats, called bumblebee bats, which are the smallest bats in the world and only occur in southwestern Thailand and parts of Myanmar, and live only in small colonies in the deep recesses of caves.  Looking up, we saw hundreds of regular sized bats, most hanging from the cave ceiling, but some also flying around inside the cave.  I told Magnus to keep his mouth closed, just in case.

We reached a point in the river where we were led off the kayak, walked across a short bridge, then were loaded on bamboo rafts and the paddler now became the puller and dragged us through chest high water further into the cave, where we saw many more animal structures and interesting cave features.  For the final leg of the cave journey, we got off the bamboo rafts and were able to walk through shallow water deep into the cave - in fact the entire distance we travelled was nearly a kilometer.  The guide led us through to the point in the cave passage where we could go no further, then had us turn off our headlamps so we could experience total darkness.  And it was dark…and a bit spooky.  He turned his own lamp on and directed it to the ceiling where there appeared a perfect white stone formation of an elephant with a round, red eye – probably the most striking animal image in the cave.

With that, we ignited our headlamps once again and retraced our steps back to the start of the cave, quite enthralled with what we had experienced and happy that we had chosen this one particular cave to seek out, as there are dozens, if not hundreds of caves in this province.

We were soon back on the island of Phuket and drove south through some rotten traffic in Phuket Town, but eventually made it to Kata Beach on the southwest area of the island where we had a hotel named Kata Chaba booked for three nights.  We checked in, upgraded to a room with a kitchen and huge bed for a total cost of $40/night and went for a swim.  Everything about this hotel was excellent – it was clean, charming, cozy, small, had great front desk staff, lovely pool and nicely landscaped grounds.  In fact, Ana and I agreed that this was definitely the coziest place yet we have found during our trip.

We met a Russian couple with a young girl at the pool and the kids quickly engaged her in a game of “throw the ball” and they had a great time splashing around for an hour or two.  To finish off the day, we went for a walk around the hotel, found a great little restaurant for a bargain priced meal, and even had free entertainment as we watched a couple older dudes getting loaded at the bar across the way and grinding it up with the ladyboy barkeep and some of his/her local girlfriends.  We left just when things looked like they might be getting a bit too “red light” for the kids!
Posted by Kristofor Olson at 1:16 PM