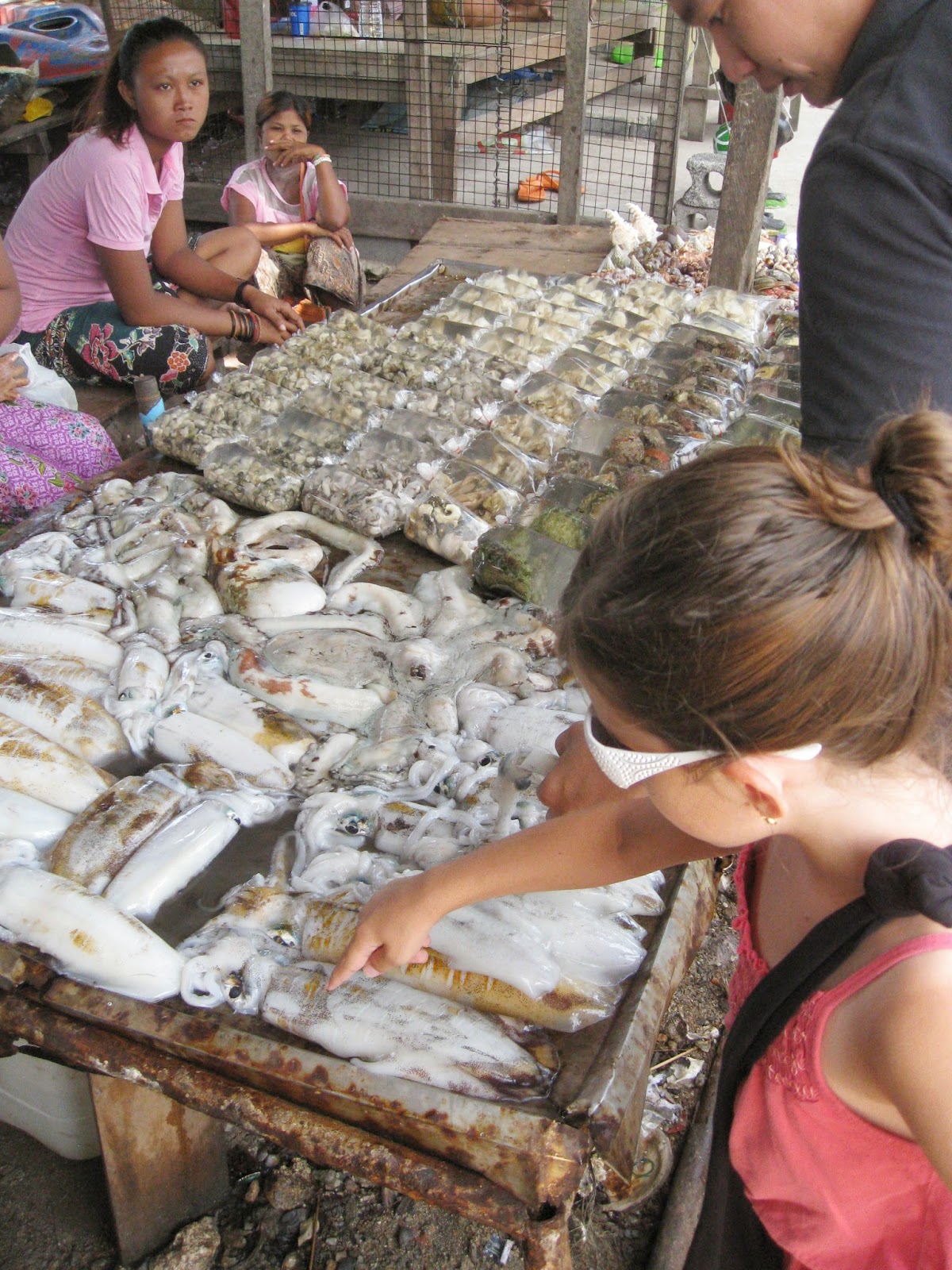 We awoke to another beautiful, hot morning and got moving a bit earlier as we had a rental car lined up for the day.  It seems the price of bus and taxi transport in this part of Thailand is much, much higher than we are used to paying so with four people it is going to work out cheaper hiring a car.  I picked up the car at 9 am from a place close to the hotel then picked up the rest of the gang.  The area we are staying in is called Bangtao and is on the central, western side of the island of Phuket.  Though it seemed quite straightforward getting here with the airport taxi, we had a hell of a time finding our way back to the main highway as there were roads everywhere and few signs, especially ones in English.  Also, our lame tourist map was at too low a scale to show the smaller roads, so after an hour of going round in a giant circle we finally found the highway and headed south towards Phuket town, which is the largest city on the island and located on the lower east side.  As Phuket is so large (31 miles long by 12 miles wide) is doesn’t really feel like an island, especially when you are tearing down the highway with no ocean in sight.

We drove around Phuket town and found a nice looking bay on the ocean so parked the car, got out and were immediately struck by the aroma of dog droppings.  After a short walk we realized the smell was not isolated to a small area and in fact the whole park smelled terrible so we jumped back in the car, cranked up the AC and said goodbye to Dog Shit Bay.

We tried finding a coastal road and couldn’t so just kept working our way southward until we hit ocean, which happened to be a small town called Rawai.  We went for a walk and found a small seafood market where we came across a table with live squid and octopus.  The vendor invited the kids and I to poke away at the creatures, which kept us entertained while Ana browsed through the shops.  We found an open air restaurant beside the beach, had a cold drink, then got back in the car and started working our way up the west coast, which is where all the nice beaches and the vast majority of the tourist population are located.  We followed the lovely coastal road through Kata Beach, Karon beach and through Patong, which has a reputation for being the sleaze capital of the island, but during the daytime it really did look quite innocent – just very busy and packed full of restaurants, gift shops and bars.  We continued along the road and soon found ourselves back at our hotel, though we came in via a completely different set of small roads and somehow popped out at our hotel.  Once there, we went back to the room, had a backpacker lunch then hit the pool for a couple hours which was a glorious relief from the heat.

After this break we jumped back in the car, got lost once again on the way out, did a few loops then eventually found the main road and headed northeast to a marina we had seen on the map.  We were curious to see what the marinas were like here and what sort of boats made their way to Thailand.  Well, the answer is BIG BOATS!  We were able to talk the security guard into letting us onto the docks and we walked in amazement looking at all the massive vessels.  There were dozens of large catamarans, nearly all of which were over fifty feet long as well as massive monohull sailboats, some of which must have been close to ninety feet.  The marina was completely dead and we only saw people on a handful of the boats.  There were only a few powerboats and those too were gigantic, including one monster that must have been 150 feet long.