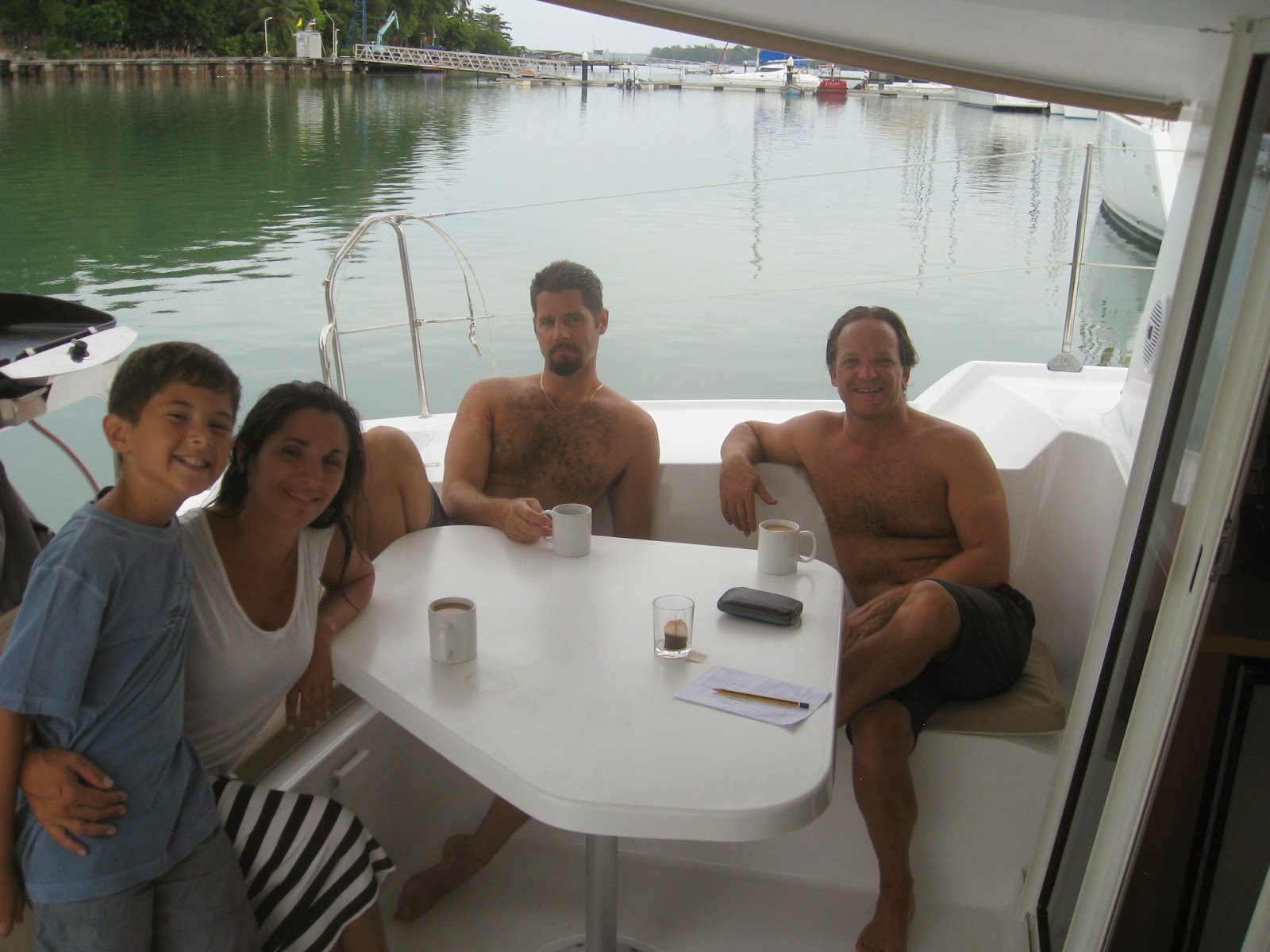 We woke up to a cloudy and warm day and, after a slim but sufficient breakfast using up the remaining scraps of food we could find, we started cleaning up the boat and gathering our things.  Ana had already spent a good hour or two the previous day repacking our luggage so it did not take too long.  Toddy had an earlier flight than us so the taxi was there for him at 8am.  We each gave him a big hug, said our goodbyes and then watched him walk down the dock and up to the taxi, unsure of where or when we would see him next, but hoping it would not take seven years.

Our taxi arrived promptly at 10am and soon we found ourselves at the Phuket airport, on the airplane, and saying goodbye to this fine island.

We arrived in Bangkok at 11:30 and I spent most the time on the flight mentally preparing for the next and final leg of our epic journey.  It was going to be quite a contrast to the previous five days of tranquility we had experienced, but sure to hold some surprises.

We took a bus to the nearest BTS station (known as the Skytrain) and rode to the station Chong Nonsi, which was close to our hotel.  After a few wrong turns and a walk through an interesting looking market we finally found somebody who guided us towards our hotel, called Furama.  We got checked in, exploded our luggage over the room, had a brief chill-down, and then head out to find some dinner and explore the area.

We started walking and soon found a main road which lead right to the famous Pat Pong night market, beside which was a Mexican restaurant.  Imagining a novel change of dinner that would include burritos, chips & salsa and guacamole, we went in and did indeed find all of that and enjoyed it immensely.  We also noticed that birthday boys or girls eat for free so Stella made a mental note of that as her birthday was coming up in a few days.

By the time we were done it was close to dark and the Pat Pong night vendors were getting set up.  This area is known as one of the premier red light districts in Bangkok, and that was evident by the names of the clubs we passed on either side of the night market, which we tried to divert the kids’ attention away from, as most of them featured slang words for the female genitalia, in flashing neon letters.

Before things got any seedier we headed back to the hotel and called it a day.
Posted by Kristofor Olson at 9:43 AM