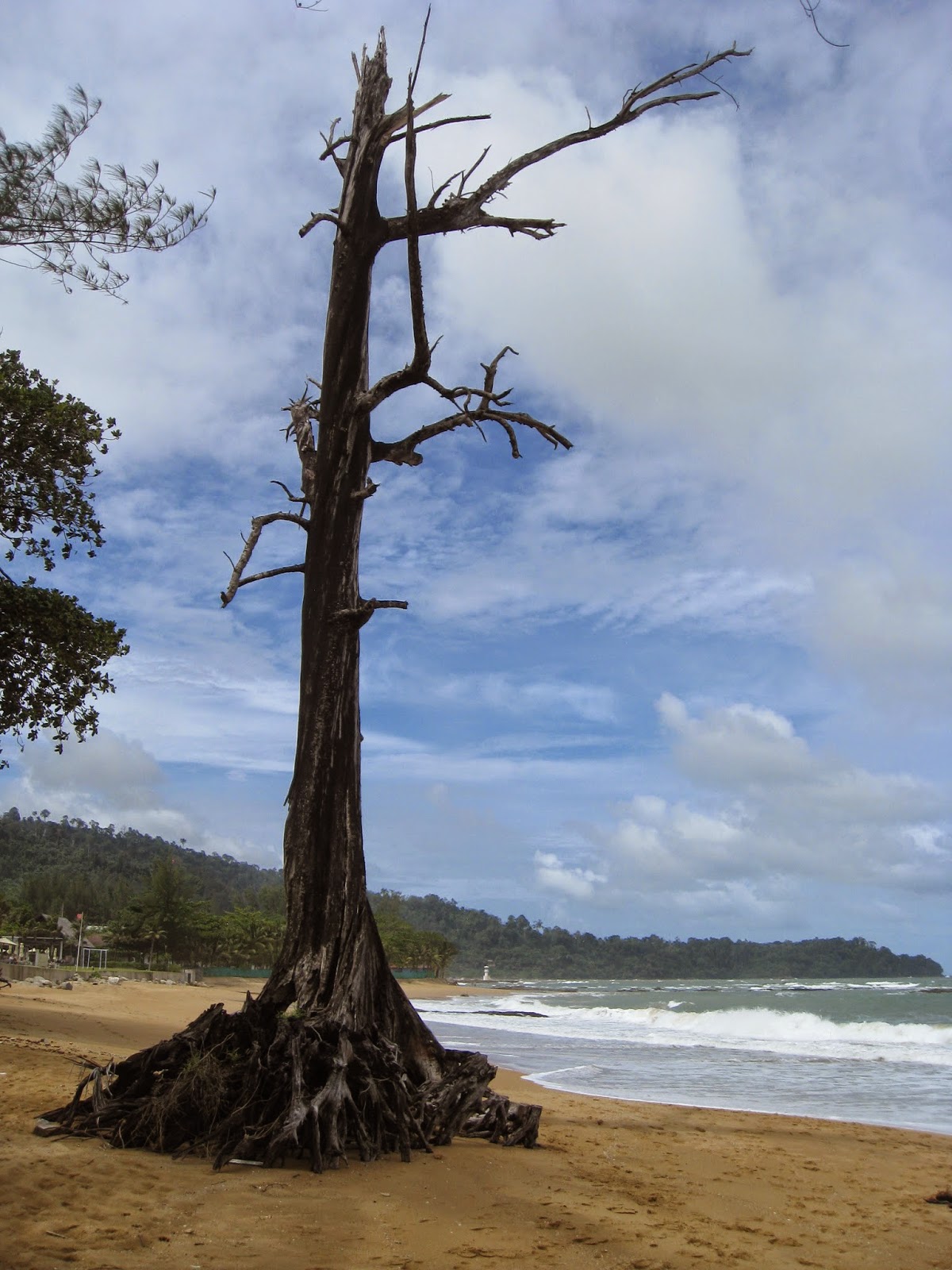 There are few better ways to start a Tuesday than by hermit crab racing on the beach, so that’s what we did!  As we were taking a long morning walk along the never-ending beach in Kao Lak, the kids came across four perfect little hermit crabs so we drew a racing track in the sand and began the games.  As usual, Magnus won most of the races – he seems to have a knack for these sorts of things – though Stella claimed to have the cutest hermit crab.  That kept us busy for the better part of an hour and it reminded me how special this trip is for us.  In our everyday lives we hardly ever have an hour to spare to just goof around and do whatever we feel like.  But that is what it has been like this trip – there is no rush to get anywhere, no checklist of things to do, and nobody waiting on us for anything so our time is truly ours and there’s even no need to be efficient with it.  What a difference!  Normally we try to bundle our daily events so that we can get the greatest number of things done in the least amount of time.  Now, we just let the days fill themselves.  At the start of the trip I felt guilty when we had down days in which we didn’t do much, but not now.  Of course, we haven’t had any days where we do nothing but lay around, but we’ve many where we’ve made no special effort to go out and do any touristy things; instead we just went for walks, watched a movie on tv, read books or took a nap.

Today was a day like that.  After our hermit crab racing it started to pour rain so we returned to the hotel and I did several hours of writing while Ana and the kids played at the pool.  We returned to the room, watched that movie Dodgeball on tv (ridiculous, low brow, hilarious!)  We then went into town for a late lunch and strolled around for a while.  I decided to try out a Thai massage, which was like getting a chiropractic adjustment, a physiotherapy session and a backrub all in one, and it was awesome!  Not as cheap as we found in other countries, but still an incredible deal at ten bucks for an hour.  We returned to the hotel after that and read books.  A very down-tempo day, but who wouldn’t enjoy a Tuesday like that?
Posted by Kristofor Olson at 11:18 PM