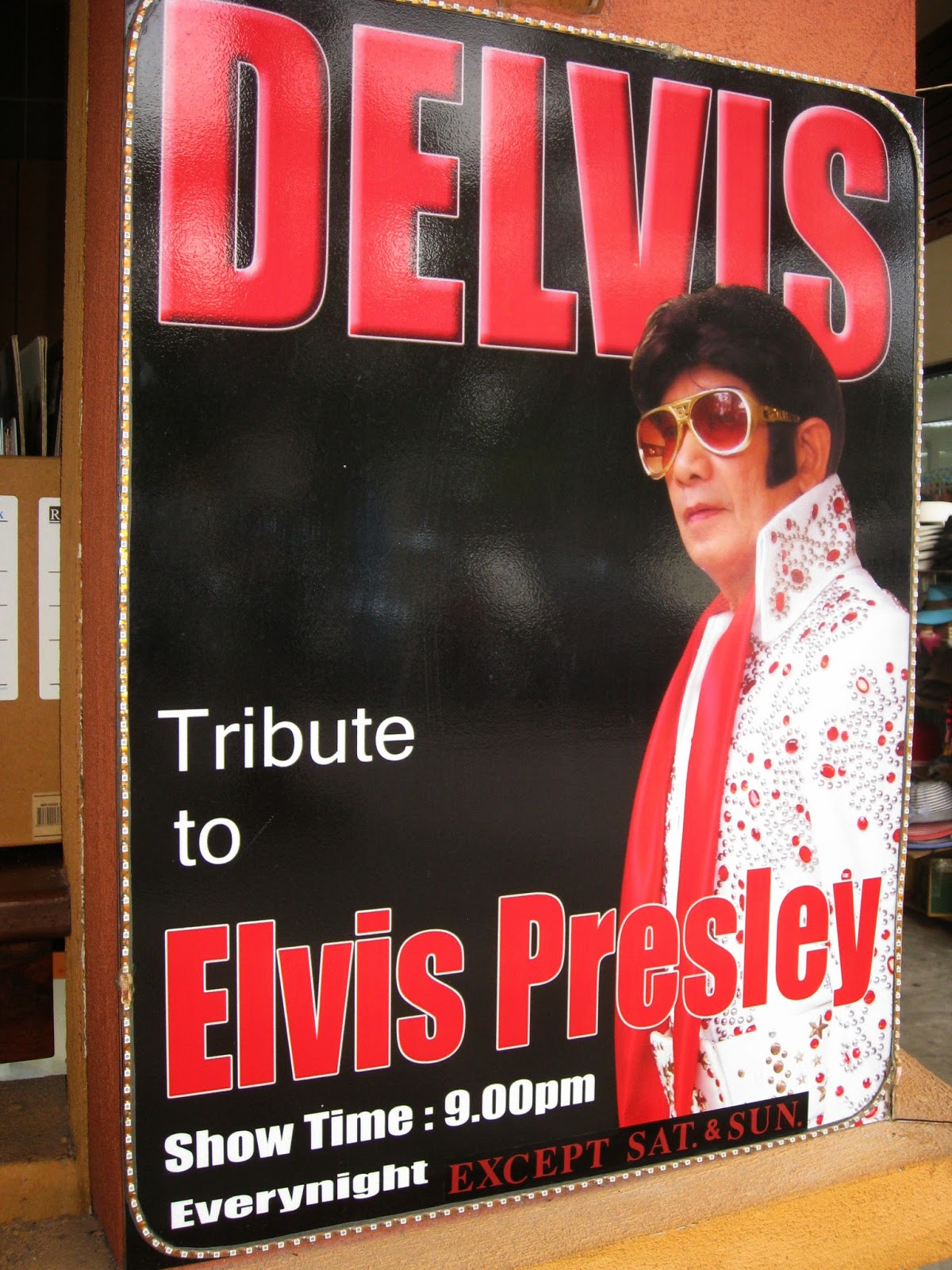 For our final day in the Kata Beach area we had absolutely no plans so started the day with a long swim in the pool.  Magnus and I continued this game where I throw a bouncy ball at him, he hits it with his head back to me and we see how many headers we can get before one of us misses and the ball hits the water.  So far our record was 19 but this morning we didn’t even come close, so instead we quit that game and played a rousing game of one on one soccer instead.

We decided to go for a drive to the Tesco mall and find some lunch.  Tesco is a big grocery retailer from the UK and here in Thailand they have these huge centres called Tesco Lotus where there are many other shops besides the anchor grocery store.  We had lunch at the cafeteria (roti, curry, fried rice) then wandered around the shops for a while, surrounded by mostly locals but a pretty sizeable population of tourists, all similarly looking for a nice air conditioned building to spend a couple hours away from the heat.

Since we’ve been in Kata we’ve often looked up a nearby mountain and admired the “Big Buddha” which is a gigantic statue that looks over the island.  Though admittedly temple’d and Buddha’d out, we decided to have a look, simply because we really had nothing else to do.  During the drive up we passed several elephant trekking places and a couple restaurants that had a baby elephant chained up to a post, entice passing tourists to stop for an overpriced drink.

The Big Buddha was actually pretty cool, though it appeared to still be under construction.  There were hundreds of tourists up there so we just spend enough time to take a couple photos and do a circuit around the massive statue.  There was a loudspeaker broadcasting the ritual chanting of the monks inside, which sounded neat at first, but after a while the distorted sound was starting to give us a headache, so we head back to the car and drove east to the other side of the island, where we had spotted a long pier from the top of the mountain.

The pier was the centerpiece of a busy, dirty, nasty jetty and transit area for tourists heading out to the islands east of Phuket, such as Kho Phi Phi.  There were dozens of tourist boats, tour busses, tuk-tuks, motorcycles and people all over the place.  We didn’t stay long.

We returned to the hotel for a while to do some research on hotels in Bangkok.  We decided to spend the last six days of our trip in the “Big Mango”, as it is sometimes called, so wanted to figure out the best area of the city to stay with good access to the public transport and not too much sleaze in the vicinity.  Our investigations seem to suggest that there are red light areas all over the city so finding something may be a bit trickier than we anticipated.

We went for a late dinner to a place called Fork & Spoon and the food was positively ordinary.  By the time we were finished it was approaching 9pm so we considered going to see Delvis.  We saw a sign for Delvis on the first day we were here, saying he plays every weeknight at 9pm, so every night around this time we’ve been planning to go…then for one reason or another did not.  So we’ve been discussing Delvis quite a bit and Magnus came up with this interesting theory where Elvis’s parents actually had 26 children, all boys.  The first was named Zelvis and he became a welder in Chicago.  The second was Yelvis, who is a scuba diving instructor.  The third was Xelvis who is a fortune teller somewhere in Europe.  The fourth was Welvis who went to school to become a teacher but dropped out and joined the circus.  The fifth was Velvis who became a drummer in a little known jazz band.

And on and on Magnus went, creating new names and character sketches until he got to Qelvis then got stumped.  In the end, he told me that only their 22nd son, named Elvis, went on to become anybody of note.

In the end, we passed yet again on Delvis, but I’m sure his show is spectacular!
Posted by Kristofor Olson at 11:13 PM