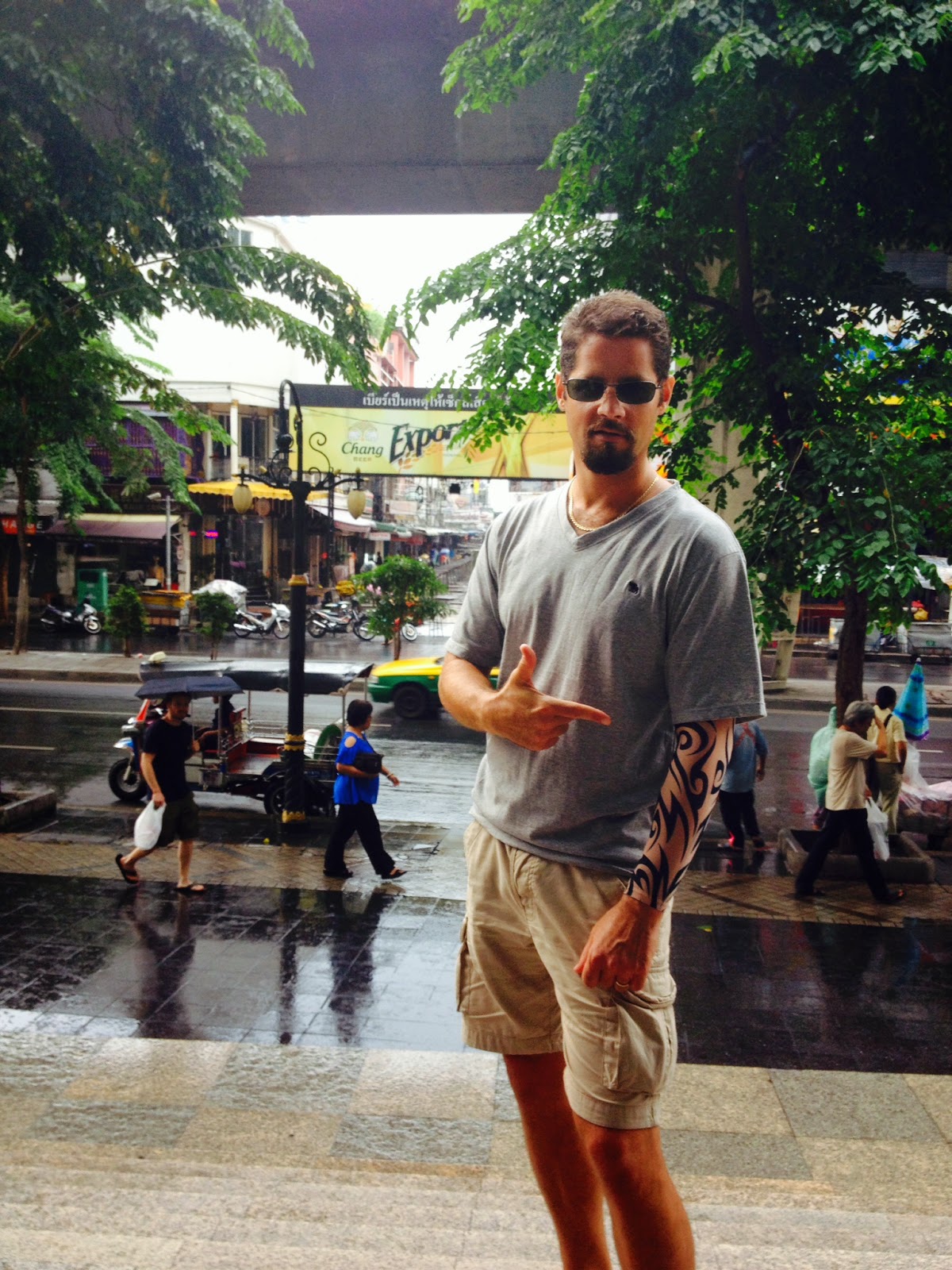 We did practically nothing of interest, and I think that is the first time our whole trip I have been able to say that.  Though this was not news to me, our family is not good at down days and we tend to move through things at a fairly aggressive pace.  But this day we were truly trying to wind down from the trip so we had a nice breakfast then spend a couple leisurely hours at the hotel pool.  The kids swam, Ana and I read and sunbathed and hopped in the pool to play with kids when we were getting too hot.

We went out for lunch at a Japanese restaurant chain we had last visited back in Kuala Lumpur, and it was superb.  By now the kids are pretty versatile with their foods so have no problem with miso soup, sushi, salads and different sorts of sauces for the fried chicken and pork curries.  After this, we went to McDonalds for the final round of ice cream cones (they are 30 cents each so we have been visiting there frequently) then stood outside under the canopy to enjoy the “Daily Douche” - half an hour of intense rainfall during the mid-afternoon which we have enjoyed, and sometimes had to walk through, every day we have been here.  But with all the street food vendors, open sewers, and trash bags, if Bangkok did not get the Daily Douche I just can’t imagine how terrible it would smell.

We had some cash left over so walked through the market and Ana picked up some nail grooming equipment and the kids each got a set of super premium chopstick, so that they could continue their Asian eating tradition when we get back to Canada.

The rest of the day we lounged around the hotel room, I did some writing, we watched tv, Magnus practiced some moves with his new sword, Stella read, Ana creeped Facebook (and found a lot of people dumping buckets of ice water on their heads for ALS research!), we snacked, and so on.  Basically, it was pretty much like any Sunday afternoon in February back home at the Olson ranch.  We didn’t even leave for dinner, choosing instead to eat up the rest of the food we had in stock, making it the final backpacker dinner, and a very satisfying one at that.

Before bed, Magnus balked one more time at having to go back home, looking for any possible way to extend the trip.  He makes out like he just loves it here so much that he doesn’t want to go back to Canada, but I think the real reason is that he doesn’t want to go back to school!  It seems strange - his final report card was fantastic, and he enjoys school once he gets there, but like a true boy he would just rather be hanging around with no fixed agenda, which is pretty much what backpacking is all about so this lifestyle suits him perfectly.  Stella, on the other hand, is simply satisfied with everything.  She loves the traveling, but is also excited to get home to see her grandparents, aunts, uncles, cousins and also to get back to school to reconnect with her friends.  About halfway through the trip, there was a bit of homesickness for both of them, which was short lived, but since then they have not once asked to go home.  I guess they realized that home is still there, and always will be, so instead they returned to enjoying each day and being constantly enthralled with all the new things they were seeing and doing.

Am I ready to go home?  I would say yes.  In fact, I think I am simply saturated with new experiences.  Seeing and doing so many different things every day does eventually wear you out and you reach a point where they start having much less of an impact than they did at the start.  This is a good signal that it’s time to go home.  I am looking forward to sitting in our familiar backyard, under the canopy, enjoying a fire and a glass of red wine.  Ana has also requested that we go to the local butcher and pick up a round of the biggest, best steaks they have for our first meal.  The beef in this part of the world simply isn’t very good (unless you go to a top class restaurant and drop some serious cash) so that is one thing we are really looking forward to.  But during this time away we have realized that we can happily live on a lot less meat than we normally eat at home, so we are going to try and adjust our diets a bit.  But nothing too drastic – after all, we are Canadian so meat and potatoes will always be there on the table!