Here They Come To Snuff The Rooster 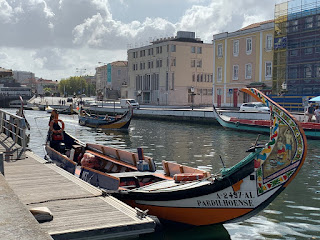 I awoke at 5am to a whole shitload of roosters (I know it’s probably “gaggle of” or “fence of” or “skittle of” or some other silly ancient English word) cock-a-doodle-doing all over the neighbourhood, waking up everybody, even the dogs who then started barking at each other and howling and making all sorts of racket. As I listened to the chorus of noise I smiled to myself in bed as I remembered Ana’s 30th birthday in Rincon, Puerto Rico when we were vacationing with my dad and his wife Loretta and our buddy Toddy Van Hees. We were renting a house a few miles away from the beach that was surprisingly cheap. Actually, ridiculously cheap, but we soon found out why. The roosters in the backyard (and all the surrounding backyards) started screaming at 1:30 am, just after we had finished partying for the night, and they did not stop until the morning, which mean certain light sleepers (Ana, and I think Loretta) could not get to sleep at all. It is one of those memories that is so permanently stamped on my memory that anytime I hear a rooster, or even think of a rooster, that evening comes back to me instantly, and it always makes me laugh.

I made myself and the roosters some nice cups of peppermint tea and we all sat down to write some journals. With all the late nights and action packed days, I’ve been having more trouble than usual finding time to write, and writing is something I really like to do on holidays. So this morning I did get some writing time in.

My crew eventually surfaced and we had a nice breakfast that included a few of the ripe plums plucked fresh from the tree, and then we drove into the Aveiro town centre. Aveiro is an inland town, but there is a lagoon system that feeds ocean water to the area and they have built a long series of canals used for transporting goods, but also very handy for floating tourists around on brightly coloured, overpriced gondolas. We bought tickets and hopped on a gondola for a 45 minute ride along with groups of other tourists from Portugal, Spain, Australia and France. The Portuguese tour guide gave us an introduction and told us he’d be conducting the tour in all four languages, which is pretty impressive, until he actually starts talking at rapid speed (I think to try and disguise the limited knowledge of the languages) and you can’t understand hardly a word of what he says. Fortunately between the French and Portuguese and Spanish we could make out most of what he was saying, which wasn’t actually that interesting, but we did quite enjoy the boat ride and got a much better idea of the geography of the town. 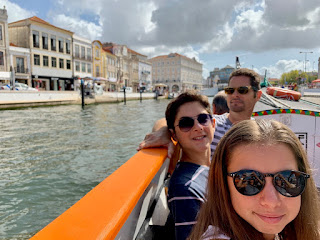 We wandered around in the town centre for a while, which was well laid out, quaint, cool and attractive, and came across a CD store. Yes, that’s right, a CD store. I used to live in England about 20 years ago (maybe more?) and I remember that new movies released in the US and Canada weren’t released in the UK until about six months later. Well the same sort of thing appears to be still happening, as I haven’t seen a CD store in Canada for at least six months. Hey Europe, here’s a tip - Spotify! Seriously, nobody is going to pay 16 euro for an Amy Winehouse cd. In fact, the majority of their CD collection was Portuguese Fado music, but they also had a pretty good selection of Death and Black Metal posters, which seemed like a strange combination, until you realize that metal and fado are a natural pairing as they both deal with the same topics - despair, longing, disappointment, failure, rejection, desperation, and supernatural creatures (Satan in one case, God in the other). I tried to fool Ana, telling her I found a poster of a famous fado guitar player named Angus Young, but she didn’t fall for it, so I tried it on Stella and she just gave me her “look” so I shut up after that. 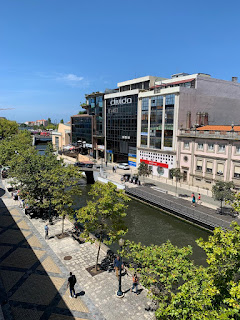 It was a new town so we figured it would be a good time to try and find a barber again. And guess what? We actually found one! Both Magnus and I settled into chairs at the Lobeca men’s hipster grooming club and they started buzzing away. My guy had a perfect hipster look complete with shaved sides, long top, and moistened, shaped, oiled, and scented beard. I asked him for the “hipster light” and showed him a picture of a great cut I had in Madeira last year. He said to me, “No problem. You know, the trick with giving a good haircut is to take your time. Some barbers just start buzzing and chopping and do it way too fast and the customer comes out unhappy. I don’t do that, I take my time because I want the cut to be perfect.”

Well amen to that. And he did take his time, and even washed and shampooed my hair at the end so I didn’t have a bunch of tiny hairs falling down my back all day. About halfway through my cut, Magnus walked over, finished, and told me he was going to wait outside.

“See,” my barber whispered to me, motioning to Magnus. “Too fast.”

I thought Magnus’s hair looked fine, but when we met up after the cut he told me that he absolutely hated it and the barber did the opposite of what he asked for, which catapulted poor Magnito into a sour mood funk for the rest of the day. 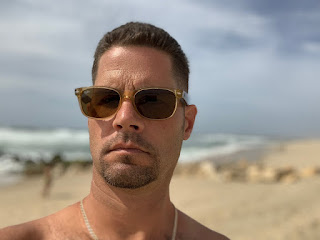 We met up with the girls at an urban shopping mall, but before you think it was like some sort of Canadian shopping mall think again. It was perfectly integrated into the walking streets, with cloistered sections opening up to the sky, letting in natural light. There was a main stairway leading up to the flat roof of the mall which was not a surface of sticky asphalt, gravel, air conditioning units, pipes and ventilators but, instead, was a huge garden of olive trees and grass with comfortable benches for people to sit on. Somebody told us this was the deal the city made with the developer when they built the mall. Olive trees on the roof! It was simply amazing, especially since I don’t think I’ve ever seen a real life olive tree, and here I am looking at one for the first time on a mall roof. 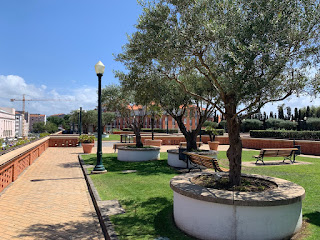 We returned back to base camp, got our swimsuits on (except Magnus - he stayed home) and then drove out to the nearby beach called Costa Nova. The beach was great, but the waves were massive so we weren’t able to go for a swim without putting out lives in jeopardy, so instead we just played around in the sand, chilled out, and goofed around for a couple of hours. We also planned out the rest of our trip and Ana booked us accommodation for the remains days. We are so used to booking things last minute that we hoped to do the same thing during this trip, but there was virtually nothing decent left in the towns we wanted to stay in, so it took a while to find something, but Ana pulled through and got us booked into what look like reasonably good places. We’ll see. All I can say is that it was a huge help having the use of the two houses from our friends, so we are indebted to them. 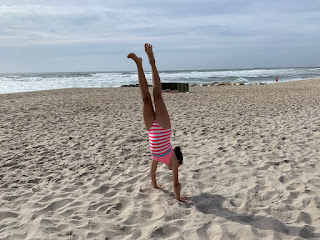 By the time we arrived home Magnus was back to his old self and we whipped up a dinner to use up a lot of the food we had left. During dinner, Ana posed a question to everybody: if somebody bought you air tickets and gave you five grand in spending money, but said you had to go to either Asia or Europe, where would you go?

Stella answered first. “Well, the whole point of going on vacation is to look good, and because people look so good in Europe, I’d choose Europe.”

We all looked at each other, and then at Stella, and burst out laughing. “I did not know that,” I said. “I’ve been traveling for a long time and nobody ever told me it was all about looking good. I’m going to have to start changing my clothes more often.”

Stella definitely is the family fashionista, and is certainly falling in her mother’s footsteps.

Magnus chose Asia for the opposite reason - because people didn’t care what you looked like or who you were and accepted you as is. Ana chose Europe, but would go in the shoulder seasons when prices were lower. I was split down the middle, simply because I could live on five grand in Asia for months and months, but there’s so much of Europe I have yet to see. I decide to go with the same answer as Ana - Europe in the off season.

And with that, we retired for the night.
Posted by Kristofor Olson at 2:54 AM