Monday night is a beautiful time to surf 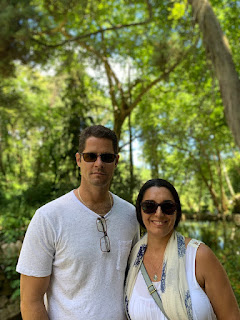 The Uber arrived at 8:30 and we were soon winding and twisting our way through impossibly narrow streets in Monday morning traffic which was practically non-existent, but our driver explained that nearly everybody in Portugal takes their holidays in August so there’s really not much in the way of business going on.

The Sixt car rental experience was a real pain in the ass. First the check-in lady told us we should upgrade to one of the three higher insurance packages, so we fought with her for a while on that. Then she told us the vehicle we had rented was too small for our luggage and if we had to put a suitcase in the back seat, and got stopped by the police, we’d get a 300 euro fine. She also told us that adding a second driver was going to cost us another hundred euro. We said no, no, no to everything, packed the luggage in the trunk of the car just fine and got the hell out of there. I wasn’t really looking forward to driving after two days of invigorating foot powered transpo, but once I got into the five speed manual, brand new Clio, and started taking those tight turns, upshifting and downshifting, narrowly avoiding cars on the puny streets, and whipping around those roundabouts at high speed, I was loving it!

Our first mission for the day was to visit Sintra, the hilltop castle retreat of Portuguese royalty, and about 50,000 other people had the exact same idea as us, so after a greater than two hour queue in three different lines, we finally got into the castle, and proceeded through it, sardined in with all the other touristos. It was, of course, a beautiful and decadent place, but that sort of congestions is exactly what I feared visiting Europe during the summer, so was desperately hoping this was not an indication of things to come. After leaving the castle, we found a nice quiet path to explore a small bit of the expansive forest area around the palace, which brought my irritation level down substantially. Fortunately, the kids and Ana really loved the castle, and weren’t bothered nearly as much as me by the crowds. Deep down, I must be a loner. 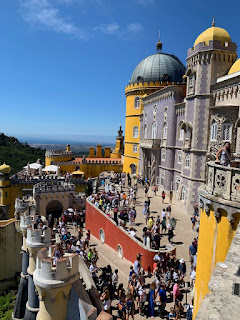 Next, we continued driving our way up the coast to the town of Ericeira, which we knew nothing about, except that it had been named a world surf reserve city for its pervasive surf culture, quality waves, and scads of long haired, chisel abbed, unshaven surfer dudes. We zeroed in on a small, but busy restaurant that served up the best meal of the trip so far for half the price of Lisbon lunch spots. Ericeira is one groovy little town with its surf shops, cobbled pedestrian streets, bars, and, especially, a long row of permanently installed signs featuring images of all the other locations in the world that have been similarly named as worldwide surf reserves. Sadly, we didn’t have our swimming gear with us, but we did wander down to the beach and dip our toes, ankles and calves into the chilly, but refreshing Atlantic water. The temperature had climbed into the high 20’s, which made the two Jehovah’s Witness dudes on the beach with their table full of pamphlets and total absence of prospects, look exceedingly desperate. Hey, come join our church so you too can wear a suit and tie to the beach and be totally ignored by everybody! Man those folks must have some rock solid faith to put themselves through that day after day. But then again, if you have to do it, it’s probably better to do it on a nice beach where you can at least eyeball all the bootylicious babes instead of canvassing in Saskatchewan in February wearing your parka and grippy boots, getting the door slammed in your face before you even have a chance to hand them a flyer. 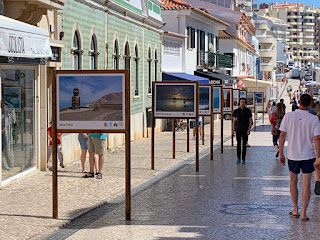 Our final destination for the day was not here, so we hopped back in the car and continued north, stopping once at a grocery store to pick up some supplies. Because the trunk was full of luggage we piled the bags of groceries up on the kids in the backseat, which was pretty funny, especially when Magnus used a watermelon for a pillow and fell asleep leaning up against the door. Stella too fell asleep, but I think she used the loaf of bread for a pillow because it got completely mangled.

It was not long before we reached the area of Lourinha, but the exact town we were looking for was called Paco (pronounced “Passo”) but we couldn’t remember exactly where it was because hadn’t been here for nearly 20 years and it wasn’t appearing on Google maps anywhere. We stopped and Ana got directions from one old fellah who did know where Paco was, but said we were on the wrong side of Lourinha. His directions got us as far as a gas station in Lourinha, where we stopped and Ana managed to find a guy who was actually driving there, so we followed him all the way, and once we arrived it was not hard to find the house, because there’s only like 20 houses in the entire village.

The house belongs to our compadres Artur and Rosa, who have been friends of the Borges family for many, many years. “Compadre” in Portuguese means that they are our children’s god parents and have been wonderful god parents for Magnus and Stella indeed. They only spend about five weeks a year here - usually in the winter - so were kind enough to let us use it during our summer trip. It is a beautiful, three bedroom house, completely furnished and kitted out with everything one might need, including a entire row of cold Sagres beer that Artur in the fridge - oh, my compadre takes such good care of me. 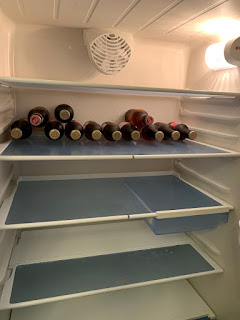 We unloaded all of our stuff, put the groceries and hot beer in the fridge, kids chose their rooms, and then we sat down for a short breather and a drink, before heading outside for a game of soccer, but it wasn’t long before the soccer ball ended up in the neighbour’s derelict, crumbling property with no easy way to get in and retrieve it. I came up with a great idea to get it, but it did mean taking on a substantial risk of injury (scale a concrete wall, walk across a crumbling tile roof, slide through an open hole, land in a huge pile of broken up concrete and rebar, cross a thistle covered yard with scatterings of broken glass, retrieve ball and then repeat in reverse), that nobody was willing to take, so instead Magnus said he’s come up with a better plan later. 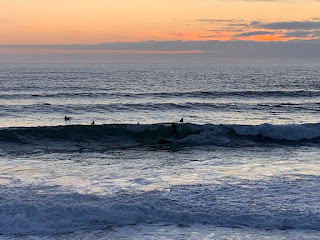 After a short walk around Paco, we drove to the nearby Town of Areia Branca and enjoyed a lovely sundowner from a cool seaside cafe from where we could see half a dozen surfers catching the final waves of the day. We sat there for a good long while as the surfers surfed and all the teenagers walked back and forth, strutting their stuff, enjoying life on a beautiful Monday evening in Portugal.
Posted by Kristofor Olson at 1:49 PM