A Power Weekend in Montreal - Our 20th Anniversary 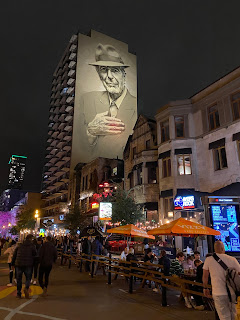 We last visited Montreal at least 12 years ago when our kids were little, our patience was thin, our attention diverted, and our pace was frenzied. My only memory of that trip was sitting on the patio of our rental apartment in Little Italy with my father-in-law, drinking a beer and enjoying the peace provided by the ladies taking the kids for a walk to the park. That’s it.

So when Ana and I recently visited Montreal to celebrate our 20th wedding anniversary, I felt like I was visiting a brand new city. And what a city it is! Accompanied by magnificent late September weather, we explored the core of Montreal by foot over two days and as we discovered amazing sites one after the other, we wondered aloud many times how we could have neglected this jewel of a city for so many years.

We left Paris just after noon on a Friday and endured a grueling 7.5 hour drive to get there. There really is only one route to get to Montreal, on the 401 highway which seems to have been designed to offer a minimum of interesting views while attracting the maximum amount of traffic. But we have spent many hours on that highway this year as our sailboat was docked at a marina east of Toronto, so although you never get used to it, we have become more numb to the pain of its use. 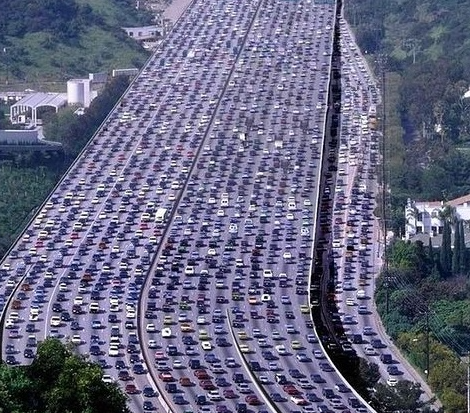 The downtown Marriot is where we chose to stay and its location was perfect for a weekend walking tour. After checking in and offloading our bags we set out for St. Catherine Street, which is a long, wide, and mainly pedestrian street cutting through the dense network of tall and short buildings. As we began our stroll, we were stuck by the level of activity – people everywhere, in cafes and restaurants, wandering around, sitting on steps and public furniture, laughing and having fun under comforting public lighting, with music streamed loudly from public speakers. It truly felt like we’d parachuted into a different world after the months of lockdowns and utter lack of activity in our town and area.

There were many restaurants to choose from and we walked around for a long while before deciding on one, which turned out to be a vegan restaurant, but was not obvious from the menu as there were many “meaty” items that, upon closer inspection, contained only meat substitutes. The vegan house curry and nachos were great, the beer was cold, and the atmosphere was welcome with dozens of other patrons enjoying time together, unmasked at tables, all vaccinated due to the vaccine passport program implemented in the city. It felt safe, it felt fun.

Anytime you are finishing dinner with your partner at 11pm, chances are you are somewhere exciting having a great time – and we were. We went back out on St. Catherine Street and slowly meandered our way southward towards Crescent Street – a place Ana vaguely remembered from her trips to Montreal in her 20’s when she lived in Toronto. The scene here was unlike anything we’ve seen for what felt like years – a pedestrian-only street PACKED with people visiting the dozens of bars lined up one after the other. I realized instantly that this is what a vaccinated population and the path back to normality looks like. After perusing all the venues along the length of the street and coming across an enormous mural of Leonard Cohen artfully painted on the side of a tall building, we decided on the Aussie Bar, a place that looked to be marketing cheap pints of beer to university kids looking for blackout. I hadn’t even noticed the average age of the hundreds of people we passed until Ana said, “Do you realize we are the oldest people on this street?” 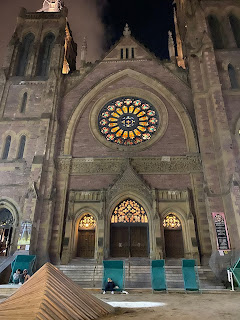 I looked around, scanning the crowd, finally focusing on one dude, barely visible far up the road, and pointed at him proudly saying, “Nope, there’s somebody older! But now that you mention it, I do notice that every person I see on the street looks like either Magnus or Stella.” This sparked an idea and we decided that we’d start badgering the kids into attending university in Montreal to give us reason to visit more frequently.

Ana and I had an amazing conversation as we sat together at a patio table, talking about some of our old travel adventures, but more importantly, those yet to come. Despite only consuming a single witbier, she started coming up with some audacious travel ideas (my own good ideas need at least 6 witbiers to germinate). She told me she wants us to backpack through Iran. Iran! I love this woman. We decided to sail to the Azores and spend a year living here and hanging out with all of Ana’s crazy cousins.  We decided on another Southeast Asia backpacking trip, but this go around we’d really take our time revisiting all the countries we’ve been to previously. We decided to walk the Camino de Santiago in Spain and Portugal. We also decided that, despite the recent inexplicable lunacy of our neighbours to the south, we need to visit all 50 states of the US (and I added later that we might as well tack on the 14 territories the US oversees, especially as many of them are in the South Pacific). With minutes of Googling, Ana had found us a nifty truck cap that turns your Ford F-150 Lightening into a mobile camper and the plan was complete. 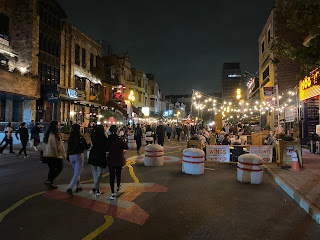 It was close to 1am when we returned to the hotel, both of us exhausted and exhilarated by our first evening in this fine city.

Posted by Kristofor Olson at 8:52 PM

Email ThisBlogThis!Share to TwitterShare to FacebookShare to Pinterest
Labels: Montreal