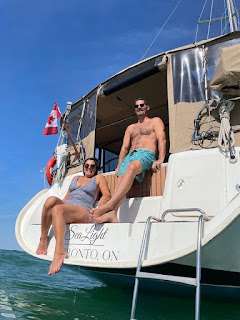 It has been an excellent summer.

Boaters are painfully aware of weekend weather, more than others. You will notice boaters checking their weather app for the upcoming weekend forecast. They start looking on Sunday night as soon as they arrive home from the boat. They check it every hour, sometimes more. Despite the forecasts being notoriously unreliable, and consistently pessimistic, we still look and our emotional state surges and plummets in response to the projected probably of rain.

The 2022 summer weather in our area has been characterized by hot, sunny, and windy weekends following up with rainy Mondays. There is simply nothing better than returning to work on Monday to a rainy and miserable day after an epic weekend on the water. In many prior sailing seasons, it has too often been the opposite. So when we get a great summer, we appreciate it. 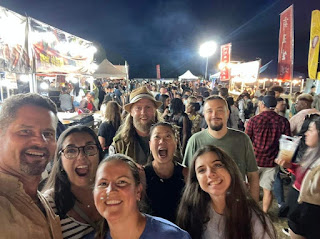 Our new home at the Newport Yacht Club in Stoney Creek has been simply incredible. We have made many new friends, had old friends down to visit us, and haven’t gone to bed before 1 am any evening we’ve been at the dock as there are always people around, bouncing from boat to boat or just hanging out in the common areas. There is also just the right amount of dock drama and dock politics, which is inevitable when you are living in such close proximity, much like a Brazilian favela, but made even more interesting here where the marina is encircled by condominiums, putting land and sea dwellers in close proximity. But overall, it is a happy dock family indeed. 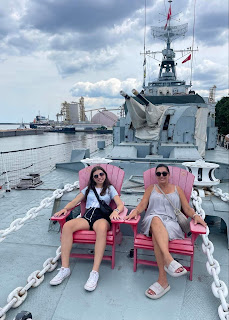 After we returned from our sailing trip around Lake Ontario in early August, we had two incredible weekends sailing to Hamilton Harbour, where we anchored out in the bay as well as docking at a marina, joined by great friends both weekends. Despite it being a miserly 1.5 hour sail from Newport, it felt like a different world, and any city always takes on a completely different character when approached from the water. During these visits we were blown away by an incredible Asian night market, swam in the pool at the yacht club, enjoyed some astronomical gastronomical experiences at trendy restaurants on James Street, visited the HMCS Haida destroyer warship, paddle boarded, dinghy’d, watched the stars, had sundowners, visited the farmers’ market, ate Grandad’s Donuts, and really just acted and felt like explorers in our own backyard. 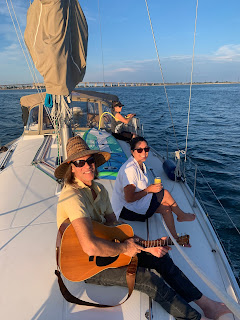 We had planned on another weekend trip to either Oakville or Toronto, but one evening as Ana and I were getting frustrated at our futile attempts to contact the various marinas for dockage, we realized (admitted) we were a little wiped out from all the traveling and hadn’t spent much time locally, so the following two weekends found us in and around Newport and they were just awesome. We stayed up late in the marina parkette barbequing food and drinking “colostomy wine” (Instructions: remove the bag of plonky red from the box, tuck it under your shirt, then when somebody asks for a top up, expose the nozzle, grab their glass, and fill it up from your pouch). We tied up with three of our friends’ boats at Burlington Beach and had an amazing day swimming, beach walking, partying in SeaLight’s cockpit, navigating Daryl’s cool remote controlled submarine around in the depths, and were introduced by Sharon and Greg to the concept of the “Snackle box”, where you take a regular fishing tackle box, put a bunch of ice in the bottom, then fill up the various compartments with snacks – nuts, berries, pickles, gummy worms, hummus, olives, crackers, chocolate, trail mix – you get the idea. We also found the floating corpse of an American Eel, an endangered species. 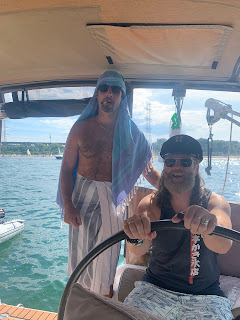 We also anchored at Green Beach, and Dog Beach, and if we didn’t feel like taking the boat out we dinghy’d just outside of our marina to Economy Beach, which spans from the marina breakwall west for several hundred meters and is surprisingly nice. In fact, I usually go out there every morning for an early swim and that lake water feels glorious no matter what temperature it is. And the water has indeed warmed up, it’s now sitting at over 25 degrees Celsius which is just fine. 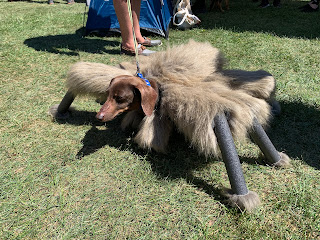 We also explored the local area by land. We had in incredible meal at Memphis Fire bbq, hiked a conservation area near Grimsby, then explored their charming downtown area. We attended a Wiener-Paw-Looza Dachshund festival with our friends Lydia, Daryl and their elderly wiener named Chili Dog who came dressed as a tarantula and was robbed of the “Best Costume” prize but did make the front page of the Hamilton Spectator. We went scavenging at local discount liquidator shops. We drank craft beer on the Collective Arts patio. Ana and I walked the lakefront trail until we came across two bikes at the Hamilton Bike Share and rode them all the way to Burlington and back, then stopped at the legendary Hutch’s On The Beach for burgers and a milkshake. Summer boating fun is not limited to the water. 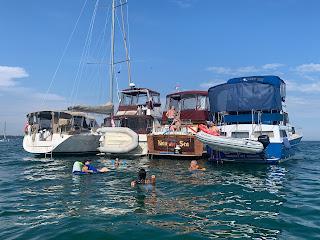 Last weekend Ana and I were mc’s for her cousin Sabrina and Justin’s wedding and had such an amazing time parting with the family. It was our first post-Covid wedding and it was a good one - so nice to see everybody visiting and laughing and dancing...without mask. Fortunately I took the Monday off so we were still able to spend two days at the boat!

It is now the Labour Day long weekend and just last night we said goodbye to Magnus as he embarked on his first solo international trip – to Cambodia. But that, my friends, is a topic for another day. 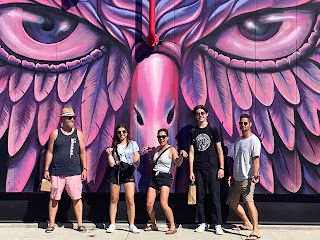 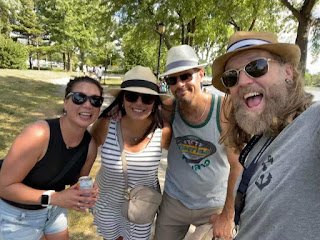 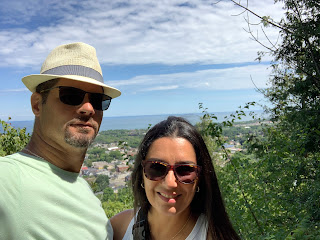 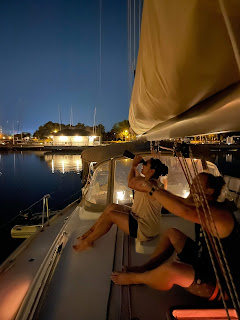 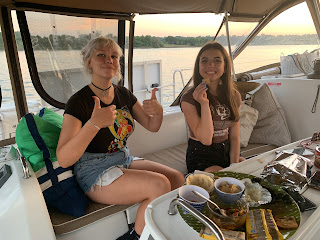 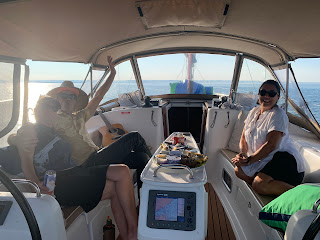 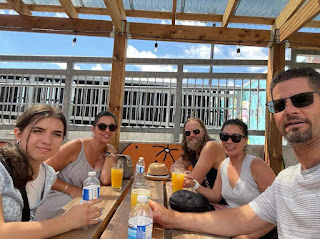 Posted by Kristofor Olson at 9:55 AM