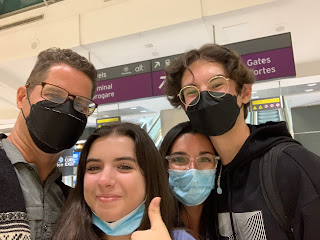 At the age of 18 I had just finished high school and was working as a fishing guide at a camp in Northern Saskatchewan in the summer before my first year of university. I’d flown in an airplane twice and crossed the border into the US three or four times on childhood ski trips. I felt suitably well-traveled and had, in fact, probably covered more ground than many of my friends.

But I didn’t know much. And I was terribly inexperienced.

One month ago, the four of us walked into Toronto’s Pearson International airport on a Sunday night. My 18 year old son Magnus was setting off on his first solo international journey. I had hoped to simply drop him off at the departures gate to save a few bucks on parking, but Ana, as a good Portuguese mom, would hear nothing of it.

We accompanied him to the check-in and everything went smoothly. We were very early but the gates were open so we walked to the security queue, which was surprisingly quiet, and said our goodbyes. I was sure Ana was going to bust into waterworks, but she held it back as she hugged her boy and bid him goodbye. He then bent down and gave his sister Stella a hug and told her not to touch any of his stuff. She laughed. As he turned to me, I gave him a better than average man hug, then looked up into his eyes (damn, when did he get so tall?) and said, “Make good choices buddy. But more importantly, have fun.”

He smiled fearlessly and said, “I will,” then turned and flashed his boarding card and passport to the entrance guard and worked his way through the winding line and into the security checkpoint. And to my great delight, he did not turn to look back. Always forward.

I was so proud of him. At 18 he is inexperienced with so many things, but his sense of independence is strong, he is confident, and he is astonishingly comfortable with his own company…and always has been. The thought of me taking off by myself to Asia at the age of 18 is incomprehensible. It just wouldn’t have happened. Being 18 several decades ago compared to 18 now, I think, is different. Perceived possibilities now are much wider and the world feels less wild and unknowable. Today you can Google Earth right down onto any street of a foreign city you are interested in and do a virtual walkaround, or pull up any of a hundred online travel documentaries, or use any social media app to find and make friends there. But what hasn’t changed is the sense of adventure an 18-year-old experiences as they feel the roar and thrust of the airplane engines, are propelled down the runway, and finally rise into the air and take off into the sky, and as they scan the passengers around them, the full impact of being on their own sinks in and they realize they are truly on their own.

Magnus decided he was not going to be ready to pursue secondary education after grade 12 and wanted instead to take a gap year. We fully supported this and were happy when he found a volunteer program through an organization called Kaya Responsible Travel which was located in Siem Reap, Cambodia – a place we had visited twice before and loved. The eight-week program started in early September and he has been working as a teachers’ assistant at a sort of community centre that offers programming to local children, and his job has been to help the kids practice their English. One of the conditions we made when Magnus proposed an international trip was that he had to do it through some sort of organization which would provide him with support and somebody to guide him along. After successfully arriving in Cambodia after several flight connections and an overnight stop in Bangkok, then settling in quickly to his new surroundings, making a few friends, and working in his volunteer role for two weeks, we were obviously impressed enough with his performance that when he asked if he could do a side trip to Malaysia on his own during a school holiday week, we said yes. He enjoyed an action packed week in Kuala Lumpur and learned a few good lessons along the way, including the unpredictability of the banking system and the importance of having access to money!

Magnus is scheduled to return home in less than a month and I fully expect he will arrive a changed lad. This first two months of his gap year are going to be pretty tough to beat, but I hope he goes onto have many other interesting experiences this year. And I think he will. 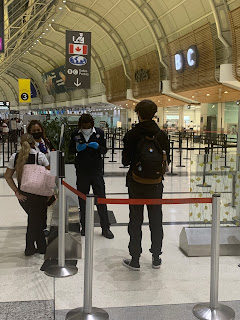