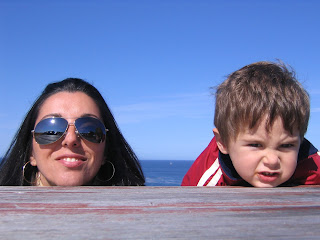 The dazzling autumn colours in southern Ontario are peaking making Paris an especially amazing place to be considering it is engulfed in mature old maple trees.  The weather has been beautiful and we've been making the most of it.  We planted two trees in our backyard last weekend; an apple and a plum, as well as a few shrubberies.  The autumn clear out sales were on at the nurseries so we got an amazing deal on the trees, probably less than a third of what we would have paid in the spring.

Since the last journal entry I have found "gainful" employment with the city of Brantford (a 13 minute drive from Paris) as their JDE administrator.  I had started looking around, mainly for shorter term consulting jobs but when this job came up I decided to apply for it.  Thus far, I have really enjoyed it, and that's telling the truth!  I think I've also realized what a terrible mistake I've made in the past with my approach to the working day.  You see, I've typically had work days which begin at 7am and finish at 5:30 or 6pm.  My new job is based on a 33.25 hour work week which translates into a 8:30 start, 4:30 finish and over an hour for lunch.  Since I usually get up at 6, I have lots of precious "quiet and alone" time in the morning where I can do some business stuff, have a workout, do some reading, whatever.  Though I have to go to work every day I honestly feel like I've had more spare time in the past 3 weeks than I have in the entire past year.  Ana has been spending more time on our property business and holding up that end of things.  One great part is that I work in downtown Brantford which is blocks away from all of our properties, making lunch an ideal time to go out and fix toilets, show apartments, collect rents, etc.  All in, the change in routine is working out well for everybody, including the kids.  We have them with a sitter for two half days a week which gives Ana time for spending focused on her WestJet job. 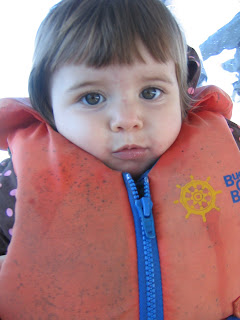 Since the last journal entry, we made a long weekend trip to Newfoundland which was most interesting.  That reminds me, I need to get our digital pictures organized and put up a webpage for that (mental note).  We found St. John's to be quite the city and not what we expected.  It is beautifully lush and rich in lakes, streams, rivers, not quite matching the mental picture I had of rocky and desolate.  We did a few day trips around St. John's including a coastal boat trip where we saw enormous fin whales, dolphins and puffins.  The people were, as expected, extremely hospitable and friendly.  Next time around we'll have to stay for longer and venture further into the province.

Posted by Kristofor Olson at 9:37 AM No comments: