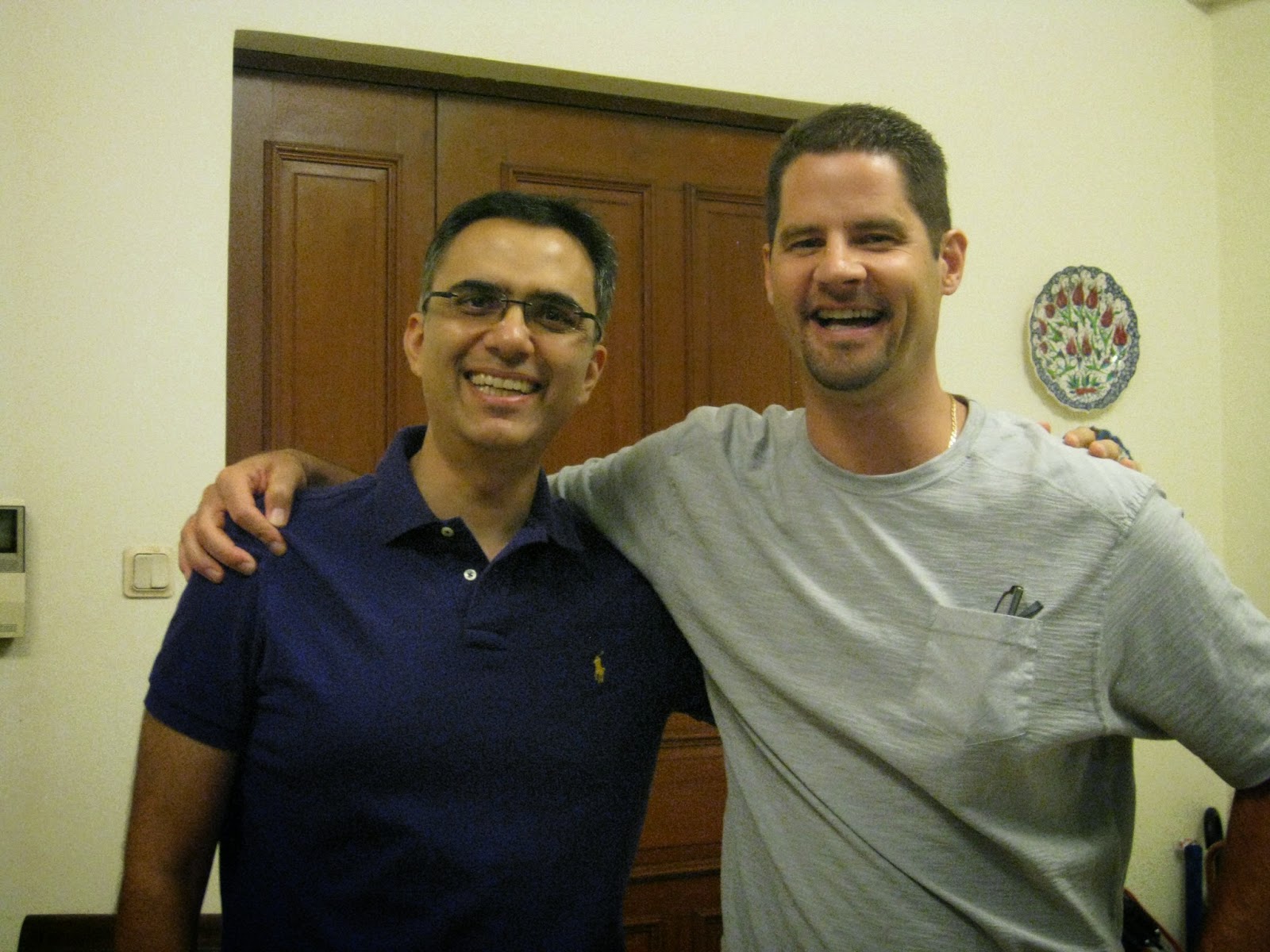 I awoke after a rotten night’s sleep – turns out that three hour nap yesterday afternoon was not such a good idea.  The rest of the gang slept okay and by 8:30 we were out of the hotel and in an open air restaurant on the main street enjoying a breakfast of fresh watermelon, strong coffee, buttery toast and fried eggs.  We found a place that was showing the Portugal/US world cup match so pulled up a piece of sidewalk and watched it until the US pulled ahead by one goal then, fearing the worst, decided we just couldn’t watch any longer and head to the subway station to catch a train to the Singapore Zoo.  The Singapore public transport system (called the MRT) is fast, clean, cheap and easy to use.  As the zoo is on the north side of the island it took well over an hour to get there and by the time we arrived it was already blazing hot outside.


The zoo was pretty good, especially all the lush forest and open air animal enclosures, but after paying a hundred bucks for the four of us to get in we realized that we have already been to some pretty amazing zoos over the years, and seeing the animals driving themselves crazy pacing around a small enclosure is never that satisfying.  It was especially disappointing to see a polar bear collapsed on a concrete apron in the 35 degree heat.


After the zoo we took the MRT back to the city centre and met my friend Hassaan for coffee in the super modern mall beneath the Chevron Centre.  It was so great to see him again – he was looking fit, happy and was still the positive, funny, optimistic guy I remember from Pakistan.  He gave us the whole rundown on Singapore and suggested a few places for us to explore for the rest of the afternoon.  After coffee the girls browsed through some of the nearby shops while Magnus and I sat on the grass and watched all the busy work people bustling around, probably on their way to another boring meeting.  I can tell you, there is nothing better than sitting in your shorts and t-shirt in the middle of a busy work day in a financial district of a big city, watching all the work people scurrying around.  The reason this is so gratifying is because 98% of the time, you are that sad sack wearing the nice clothes, hurriedly doing your business things, with no time to appreciate the sights around you.  And one of the sights around me was the J. Lo World Cup video playing on a gigantic screen hanging off the side of one of the office towers.  The only thing missing from this scene was a cold beer in my hand, but besides that it was perfect.


We ended up passing on further sightseeing and instead returned to our hotel to have a shower and clean up in advance of our dinner date as were becoming just too sweaty and smelly and didn’t want to horrify our hosts.
The dinner with Hassaan, his wife Wajiha and their three boys and Hassaan’s parents was the highlight of my time in Singapore.  We had a wonderful meal and a great visit and did our best to catch up on the many years which had passed since our last meeting.  The kids disappeared as soon as we arrived and their young hosts kept them very entertained.  They served an outstanding meal which included Chicken Biryani, one of my favourite Pakistani dishes, and some amazing yoghurt.  In the book I wrote this year The Found Vagabond, this is one of the things I mention several times – being invited to a local’s house in a country you are traveling through is probably the most important experience you can while traveling.  You will learn more about the people in that country in one evening than by visiting a dozen museums.
Posted by Kristofor Olson at 6:18 AM