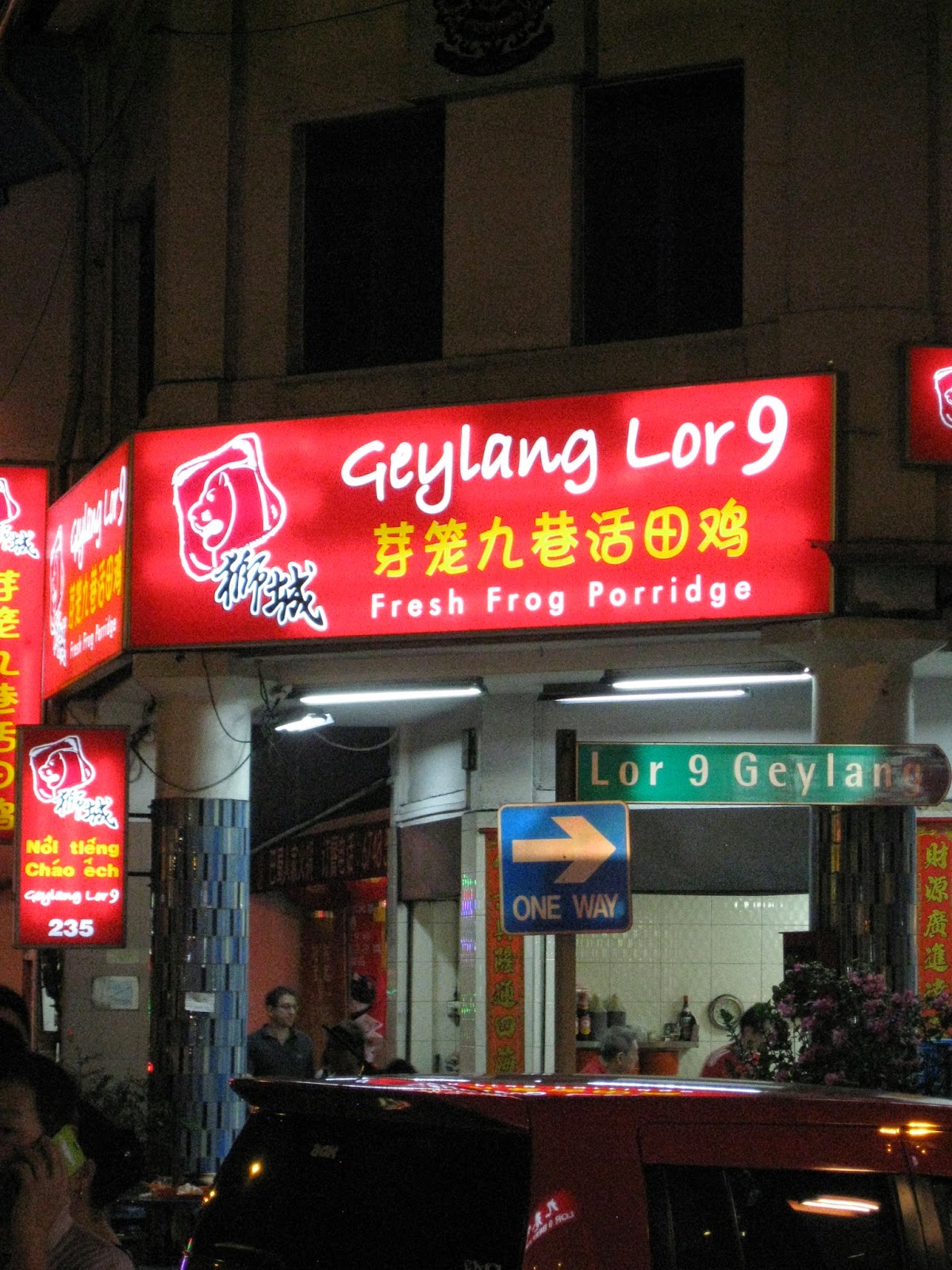 After touching down and clearing immigration (first passport stamp of many!) we retrieved some clean, crisp Singapore dollars from the ATM in the airport and took a taxi to our hotel.  Ana had booked us two nights at the Fragrance Hotel in the area of Geylang, which we found out later was one of Singapore sleazier areas.  We loved it right away!  After getting settled in our room we went for a walk to explore the area and were hit face first with that unmistakable odour of a busy Asian street – an eye-watering mingling of diesel fumes, garbage, cigarette smoke, incense, frying food, spices and others you just couldn’t place, probably because you had never smelled them before.  We chose one of the many open air restaurants and sat down for our first meal, which was a plate of pad thai, chicken satays, and a pork and rice dish, which I lathered generously with this super spicy pepper sauce.  We shared a cold Carlsberg and the kids had fruit juice.  It felt good to be on the ground, enjoying some local food, in no rush to go anywhere and simply watching all the action unfold around us.  Magnus spotted a sign for “Frog Porridge” at a place across the street and I made a mental note to try that out the next day, subject to the appropriate level of culinary bravery being in place at the time.
After a lengthy afternoon family nap, I called my friend Hassaan who lives in Singapore and he invited us to dinner with him and his family the following night.  I last saw Hassaan 17 years ago when we worked together on a project in Karachi, Pakistan.  He taught me a lot about Pakistan and its culture, as well as so much about the religion of Islam.  We connected on the Facebook just a couple years ago and when I found out he was in Singapore I let him know we were coming so that we could arrange for a visit.
We were asleep by 10 pm after a very long journey.
Posted by Kristofor Olson at 6:14 AM