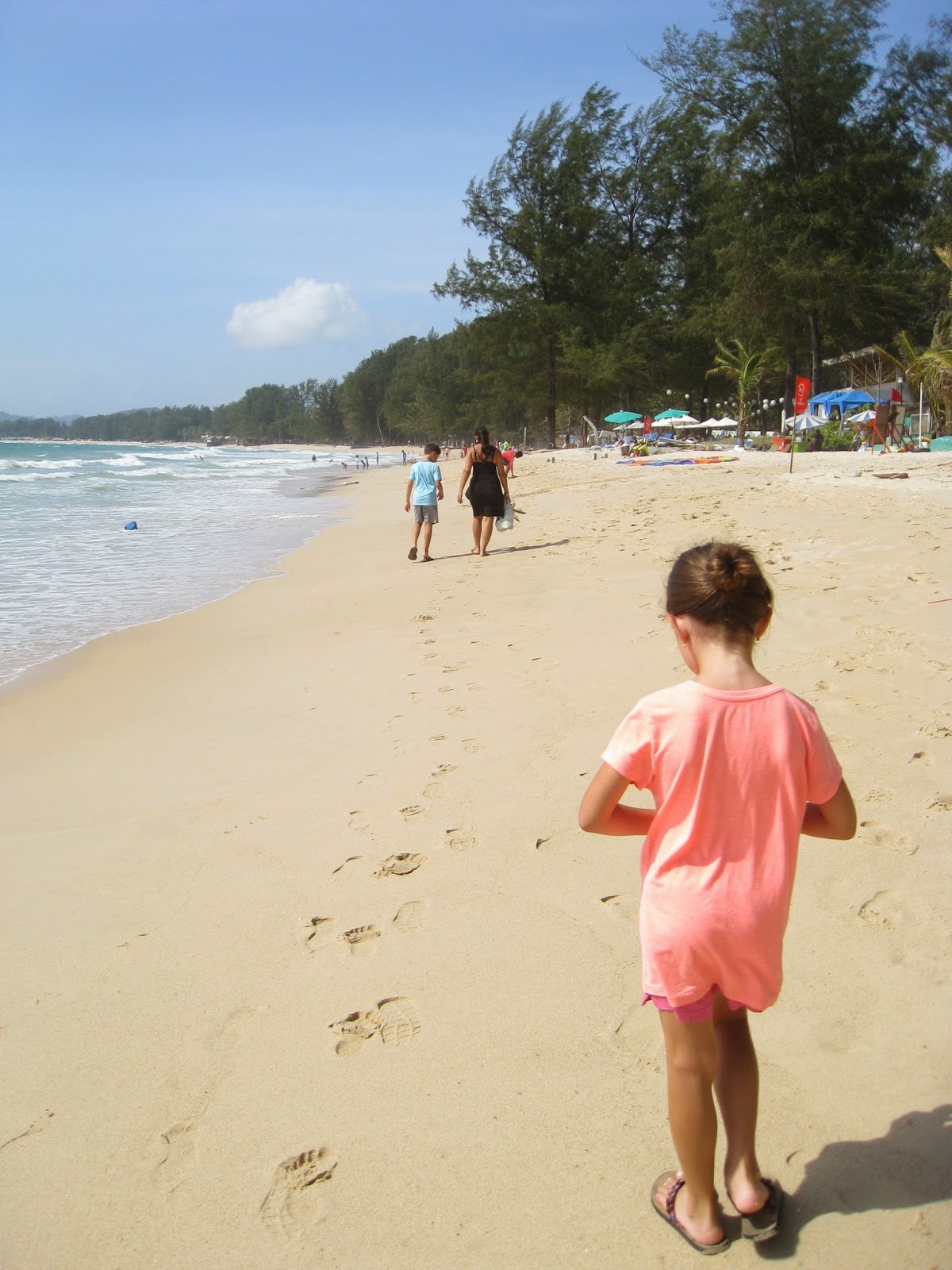 Myanmar is now a memory and we are onto the last stage of our epic adventure – a month in Thailand.  Why did we save Thailand for the end?  Earlier in the trip we realized we had to get some flights booked as Air Asia offers great deals as long as you book early.  If you wait until the day before you want to leave, the ticket prices are ridiculous so this forced us to do some planning.  Our friend Todd was arriving in Phuket August 1st so we decided this would be a perfect day to arrive to meet him, and worked our plans back accordingly.  And hey, the idea of finishing the trip with a month exploring the beaches of southern Thailand seemed like a pretty decent plan.

We arrived in Phuket last night to an unbelievably luxurious hotel with two separate bedrooms, private swimming pools, a giant central pool with kids waterslide and a stunning beach with ferocious waves and surf caused by the south-eastern monsoon winds.  The kids did the biggest happy dance yet when they saw the room and at that moment I was reminded once again that we are probably creating a new breed of five star luxo-backpackers.  I can’t wait to see the places they stay in when they are paying for their own rooms.

We went for a walk in the neighbourhood and found an unusual restaurant called Nok & Jo’s which is owned by a Thai and Canadian couple.  Jo the Canadian is about as typical a hoser as you could imagine – he is tall, wears a cowboy hat, boots and jeans, talks slow and loves hockey above all else.  We enjoyed a delicious dinner then a long chat with Jo, where he told us he arrived in Thailand ten years earlier to help with the reconstruction after the 2004 tsunami that devastated the west coast of Phuket.  He ended up meeting and marrying a Thai woman and they built a restaurant and seem to be living happily ever after.  We returned to the hotel after dinner, watched a terrible move called Divergent, then shut off the lights and slept soundly.

Posted by Kristofor Olson at 2:59 AM