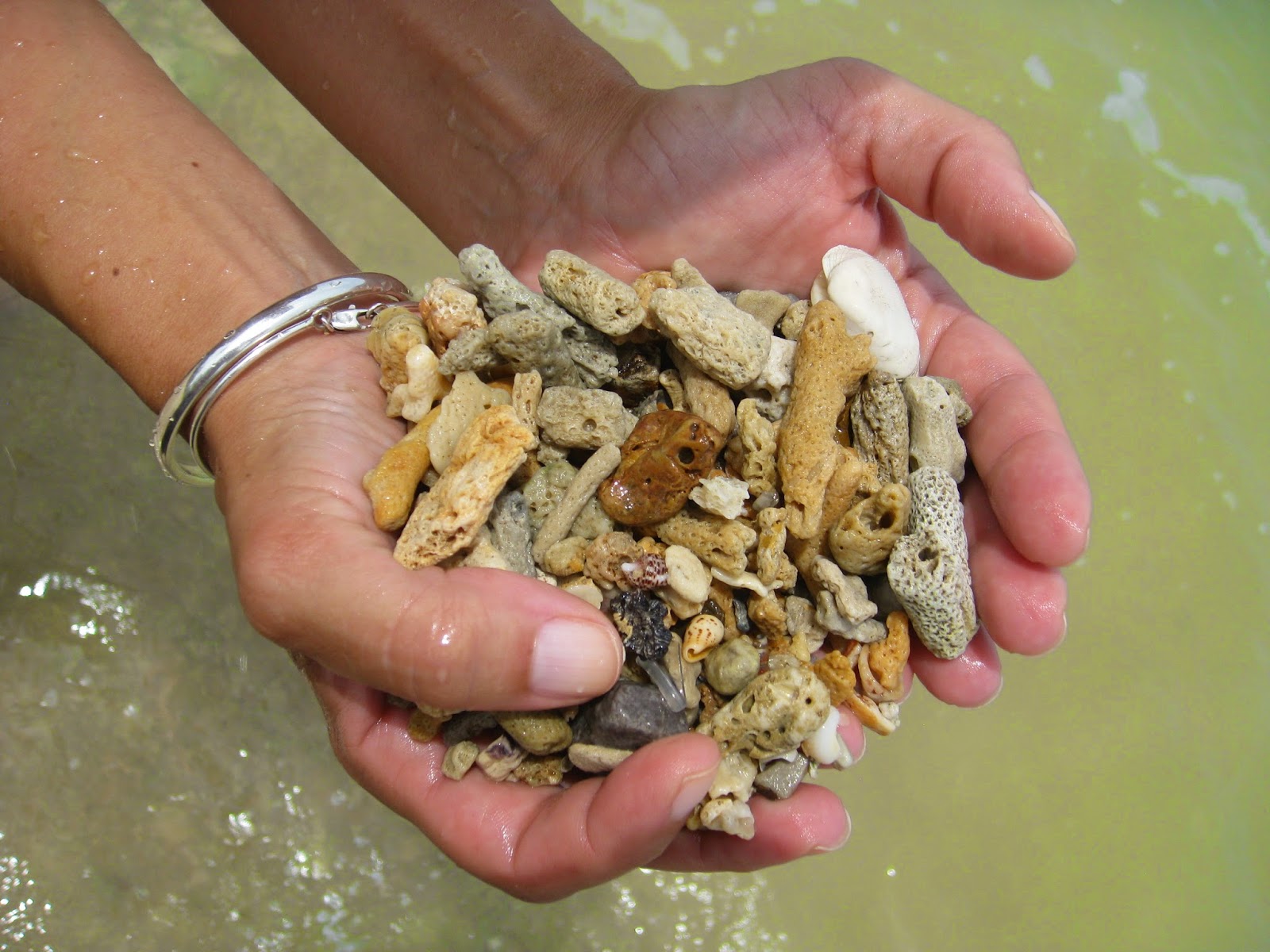 For our final day in Krabi we had….no plan.  There was some initial talk of hiring a longtail boat to take us on a tour of some of the nearby islands and beaches, but are planning on doing some island hopping later in the trip so we decided not to do that.  I pulled out the map and found a beach west of here called Klong Muang that we haven’t been to yet so we drove there, but not before stopping to gas up the car.  The small station we found simply had two upright barrels of gas – one 91 octane and one 95 octane – with a decanter and hand pump on top.  We asked the young boy for one thousand baht worth of 91 so he shoved the shabby rubber hose into our tank and started pumping away.  I’m not exactly sure how he knew when he had put the right amount of gas into the car, but when he was done the fuel gage seemed to be in a similar spot as the first time we put a thousand in.

It was only a short drive to the beach and we were surprised to find a large, clean, fine-sanded beach and calm, flat waters.  We found a place to park and got our beach base set up (spread out sarong, sunscreen, snorkeling gear, books, snacks) then went for a swim.  The clarity of the water was poor, but the bottom was wonderfully sandy and it was incredibly warm.  Where the lapping waves met the beach was a metre long strip of small, broken-up coral pieces that you could scoop up and inspect in your hand to find all sorts of interesting shapes and colours.

While Ana and I were in the water Magnus was busy beachcombing for sticks to build a raft while Stella was setting up an ice cream stand and producing vanilla and chocolate sand cones for sale.  We walked down the beach a bit and realized there was a large resort directly behind us, which was probably responsible for keeping the beach clean.  So far, this was the nicest beach we have seen in Thailand.

After a while a man and his two sons came walking down the beach and stopped to talk.  They were from New Zealand but had been living and working in several places around the world, including London and New York, but were currently taking a one to two year break from working to spend more time with their four young children, ranging in age from 8 to a beautiful 9 month old baby girl.  They had set up their base at a long term apartment/hotel in Kuala Lumpur and planning to do trip to surrounding countries from there, and had just arrived for a five day “vacation within the vacation” trip to Krabi.  They were staying at the resort across the road and invited us to join them for lunch, which we happily did.

We gathered up our things and walked over with him and his oldest son to the resort and found an enormous swimming pool (which we learned was the largest pool in Thailand) so the kids were immediately thrilled, especially as they now had some new friends to play with…who spoke English!  The dad Adrian introduced us to his wife Miriam, their children, and also his parents who had joined them on this trip.  We sat down to a great lunch but, more importantly, some amazing conversation, and swapped tales of work, travel, parenting, and found we had an awful lot in common.

We talked a lot about choices, living a balanced life, kids education and so on.  They really didn’t know where they were going to end up living, but were planning on figuring that out during the time off, and really weren’t too concerned about it for the moment.  They were doing home-schooling for the children, as two of them were school age, but not in a particularly structured fashion, which is what gave them the freedom to move around and not be tied down to one geographical spot.  Adrian told me then had done quite a bit of research on the topic and discovered that the approach to home schooling runs the gamut from parents who set up daily times for instruction in the various subjects to the other end of the scale which is “un-schooling” with no formal instruction and simply allowing the kid’s natural curiosity to guide their learning, using books, museums, parks and the internet as mediums of delivery.  We agreed that kids’ education is just one part of trying to develop a solid, functional family unit that works for everybody, and this is so true.

In our case, before we had children and lived away from Canada, we had not planned to return to our home country to live.  But when we decided to start a family, we knew that we certainly could do so living outside of Canada, and provide a wonderful life for them.  But it was more important for us that our kids grew up in a single place, surrounded by family, so that they could get to know their grandparents and cousins, and that is the reason we decided to return to Canada, which has worked out so nicely for our family.  But at some point, and I don’t know when, I expect that we will once again leave to work and live elsewhere, when the time is right.

As for the kids, I think this trip is providing them an incredible opportunity to learn and one that they simply could not achieve in any sort of classroom at home.  I have seen the two of them developing skills in the past weeks and it has been so rewarding to watch.  They both negotiate in the markets with the vendors.  They have been keeping a daily journal, trying to record details of some of the amazing things they have done and seen.  They order things themselves from menus, and have been trying lots of new foods and drinks.  They aren’t scared to go searching around for a washroom and have become comfortable with squatters, sprayers and handling the most disgusting toilet conditions you can imagine.  Their grandma gave them each $40 to spend on the trip and they have been keeping track of each item they bought, how much it cost (both local currency and converted to dollars),  and budgeting to try and make the money last until the end of the trip – this is a skill that most adults we know have an incredibly hard time with!  They have been meeting kids from France and practicing their French.  They have been learning so much about the religions in this region.  They have been faced with street beggars and learned to balance their natural desire to help anybody that seems to be in need of something with the real challenge of overwhelming needs and limited resources.  They have learned to keep themselves entertained on twelve hour bus rides.  They sleep in a different bed most nights.  They practice their swimming nearly every day.  They have been watching cartoons in local languages and enjoying them.  They have walked miles through intolerable heat and learned to deal with it.  Though we’ve seen small incremental changes in them day to day, it is going to be interesting to get home and see what changes the rest of family sees in them after this lengthy trip.

As it approached dinnertime we exchanged email addresses with our new friends, then parted ways and returned to our hotel for the night.  The kids were very disappointed that we weren’t going to see them again, but perhaps we will sometime in the future.
Posted by Kristofor Olson at 9:17 PM