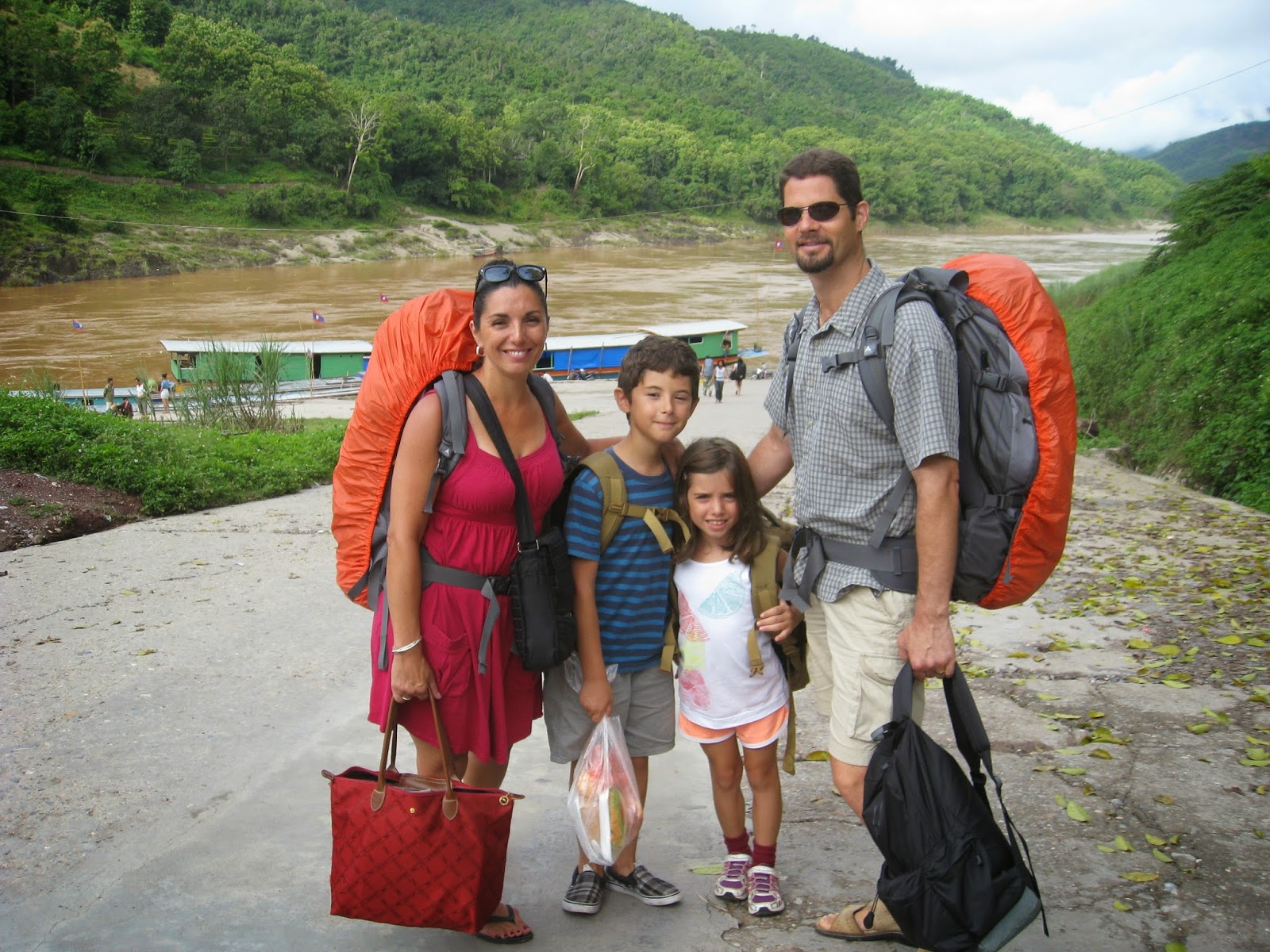 I woke up early after a fitful sleep.  Our nest for the night was two twin beds shoved together under the protection of a giant mosquito net.  The kids insisted on using the mosquito net, even though there didn’t seem to be any mozzies in the room.  Stella seems to be worried that one of the ever present chee-chucks is going to drop off the ceiling and land in her hair so where available, the deployment of the mosquito net has become mandatory.  I was allotted about four inches on the edge of the bed for my personal space, which meant the damn netting kept getting wrapped up in my face the whole night, which produced odd dreams and hallucinations.  In one I was a fish with my gills caught in a net, drowning underwater.  In another, I was being smothered by a blanket of dirt.  In yet another, there was some unknown person simply trying to wrap something around my head.  Each time I would wake up, pull the netting off my face, readjust my position, and then try to get back to sleep.  Finally, around 4 in the morning I finally got smart and just took the stupid net off my sliver of the bed, then was able to sleep in comfort.

We had our final uninspiring meal at Pakbeng then got boarded on our boat, which was a different one from yesterday, but quite similar in design, though it become apparent that today’s captain was less skilled.  In this transient town there were at least a dozen other slow boats docked, and as Captain Smash-A-Lot was reversing our vessel, he smashed into at least half of them.  Before each collision the occupants of the smashee would all scream the same Lau words at our captain, which I can only assume translated to, “Stop, you asshole!”

After bumper-boating our way out we were finally headed upstream for this final day of our journey.  The scenery was much the same today, though as we got towards the end of the trip we started noticing that the left side of the river, which was now Thailand, was beginning to look much more developed, which is not too surprising as it is a much richer country than Laos.

We finally reached our destination, a border town called Huey Xai and as we approached the bank Captain Smash-A-Lot made sure to crash into two of the other slow boats, attracting the same verbal abuse he received from the other captains this morning.  We got a room at a lovely, new, small hotel and were treated with a stunning view over the Mekong, one which we got to enjoy for much too short a time as the following morning we were scheduled to make the trip across the border to Thailand.

There wasn’t a great selection of restaurants so we picked up a grilled chicken from one of the roadside stalls and noodle cups and fruit from a shop and had a lovely backpacker dinner in our room, enjoying the view and talking about the river trip and the upcoming days.  We all felt sad to be leaving Laos, as it has been our favourite country so far, but on trips such as this, with so much more to see, you are always looking forward instead of back.
Posted by Kristofor Olson at 8:44 AM