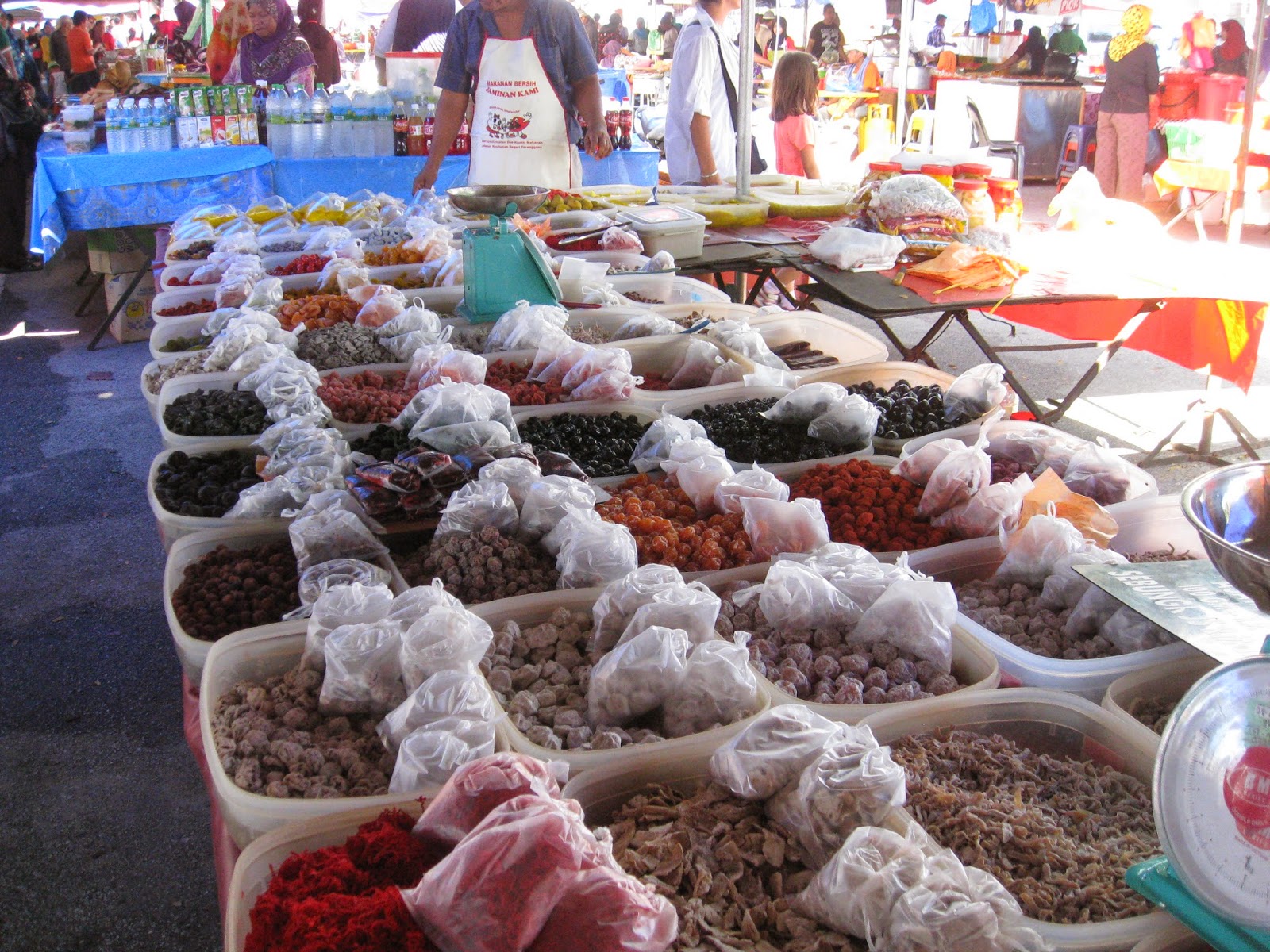 We packed up our gear, had another delicious breakfast, then went to the lobby to watch the second half of the Chile/Netherlands game as we waited for the taxi driver to arrive.  Yay Cloggies!  It was a pretty lame way to win as it was accomplished with a penalty shot from the worst dive ever, but that seems to be the way it is done with these big league futbal performers.

Our taxi driver took us to a nearby roadside bus station where we jumped on a bus headed for Kuala Terengganu.  This led us into one of the most Islamic parts of the country, evidenced by the larger, more numerous and grander mosques we passed along the road.  Also, more garbage.  When I lived in Pakistan I learned that one of the key teachings of Islam is that it is important to be clean – this is why they do the ritual washing before prayers and have the awesome vegetable sprayers in the bathrooms (more on this later….).  But it ends up being a bit of a contradiction, as it is often the case that the most Islamic places you go to are the filthiest, and this is what we found in Kuala Terengganu.  The city centre itself is quite compact and easily walkable, so after we arrived we sweated it out for a couple hours exploring.

We found a giant market that had one huge section for clothing and other items for sale, and another for food.  And what food!  During Ramadan there are big banquets everywhere which begin at dusk, and after a day of fasting the people are ravenously hungry, so it’s best to keep out of the way.  We were there in the late afternoon so all the vendors were preparing the food, and I couldn’t even tell what half of it was, but it all smelled and looked delicious.

Back at the hotel, we went down for a swim to find that the pool was segregated into two sides by a large wall.  One side for women, one side for men.  Okay, for religious reasons you want to separate the sexes, I get that.  But at the entrance to the pool there was a hallway where anybody could stand there and look through the glass into either side of the pool.  Better yet, all the rooms of the hotel had windows that looked right down onto the pool, so it made the whole thing a bit ridiculous.  In any case, Magnus and I went into one side and the girls went into the other and we kept ourselves wildly entertained by chucking one of Magnus’ plastic toy superhero figures back and forth over the wall in a delirious game of blind volleyball.  When the figure hit the concrete one too many times it split into half, thereby ending the game.

Later that night after it had cooled down a bit we went back out for a big walk to do some shopping for snacks and went to McDonalds for a bite.  After subjecting the kids to so much new food, we thought they were ready for something familiar, and they really did enjoy it, especially getting new plastic dragon toys in their Happy Meals.  Perfect, now we had something to toss around in the next Islamic pool!
Posted by Kristofor Olson at 6:46 PM